Singer, Davido, has no chill at all.

It didn’t take him time to bring down a critic who told him that there are bigger artiste than him in Africa.

Davido recently took to his Instagram page to celebrate having the most viewed YouTube video in Africa with close to a hundred million views.

However, a critic who was displeased by the post took to the comment section to attack him.

Typical of “Omo Baba Olowo” the singer wasted no time in leaking a DM in which the critic had begged him begged him to sponsor him to Mecca.

See their exchange below: 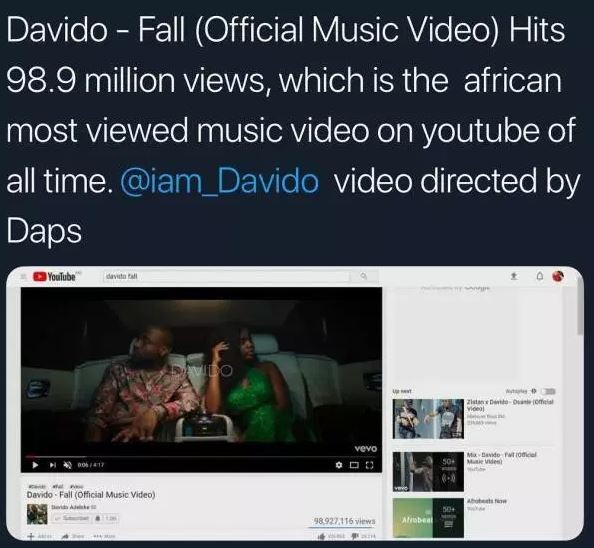 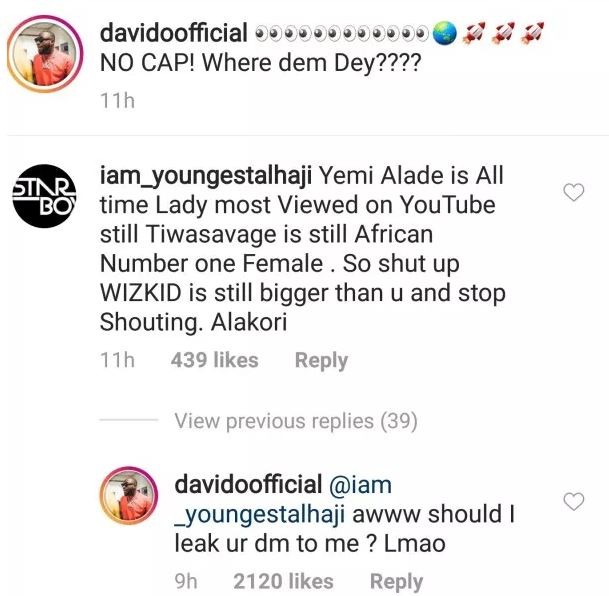 Related Topics:davidoDavido Hit Back At Critic Who Said Wizkid; Yemi Alade; Tiwa Savage Are Bigger Than HimslideshowTiwa SavageWizKidYemi Alade
Up Next

Moe Musa Is Going To Be A Father Soon