Following a video of singer Peruzzi being kissed by a Unilag student while he was asleep, Davido his label boss has been admonishing him.

Reacting to the video which went viral online, Davido, has revealed that the only way to handle slay queens is by not allowing them sleep over. 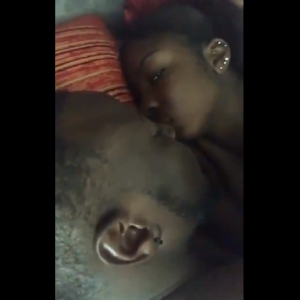 In the video, the rising singer is seen in bed lying down with a lady in what seems to be an  ‘after sex’ video.

Recall a similar thing happened to Davido in February 2012.

Davido shared a video this afternoon saying he warned Peruzzi never to allow girls sleep over.

In his words, ‘welcome to the club bro. I told you, never let these girls sleep over’.

Davido Hit Back At Critic Who Said Wizkid; Yemi Alade; Tiwa Savage Are Bigger Than Him