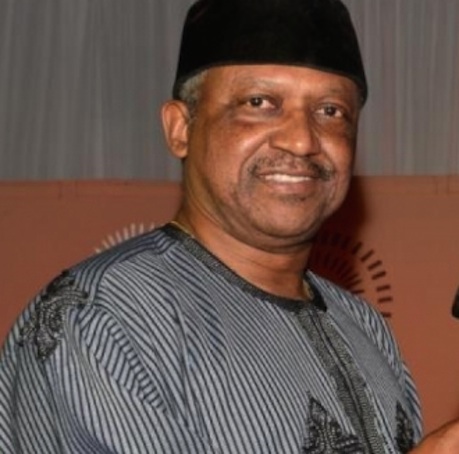 Minister of Health, Osagie Ehanire, has revealed that the Federal Government has not issued a travel ban due to the impact on the country’s economy.

Ehanire stated this at a press conference in Abuja on Friday, March 13th.

He said the Federal Government was looking at the Economic impact the travel ban would have on Nigeria, adding that the risk of the disease is still low compared to other countries.

“The question of banning flight, every country will take the measure that suits the situation. There are countries that have done flight ban. Well, that is their own decision because if you weigh everything, the risks to you, the capacity you have to cope, and the impact of the ban on you, on life, on the economy and so on.

“First of all, there is already a lot of self restrictions going on. If you listen to stories of those travelling through Heathrow (Heathrow Airport, Britain), they will tell you that it is almost empty, that there is a reduction in passengers movement. Airlines are very heavily reduced, they are cutting flights.

“So, without banning anybody, there is already a restriction in movement in place, without you expressly banning this or that. A lot of flights are being cancelled, people are already restricting themselves, so that self-restriction is in place without you doing anything.

“In our own case, we have looked at the impact, you know that the government is already looking at the economic impact of all of these as other countries are doing.

“In some countries, they say the shares are falling, the value is dropping and so a number of people have been relieved of their jobs, people have been sacked because there is no business going on. Tourism is down, so they are looking at all the impacts on themselves, and we do that too.”

”Therefore, what we do, we weigh everything. What are the benefits, what are the cost, what are the loses and as far as we can see right now, the risks we have here are relatively low and we are monitoring very closely.

I’m talking to various other experts and also talking with high authorities to be able to make sure that we are up to speed with what is going on, even regarding our sporting activities here.

We are in touch with those who are organising it (sports) and we are assessing the risks and also what measures should be taken.

Even without banning flights, we are already having serious impacts on the economy, the crash of oil prices and so on. So, the situation decides what measures you take and as at now, the measures we are taking are appropriate to the situation. We don’t want the measures to be too much and not too little.”

Related Topics:CoronavirusCoronavirus:  Minister Of Health Explains Why FG Is Yet To Issue Travel Ban
Up Next

EFFORT TOWARDS REALISING SDGs IS ON COURSE – SANWO-OLU