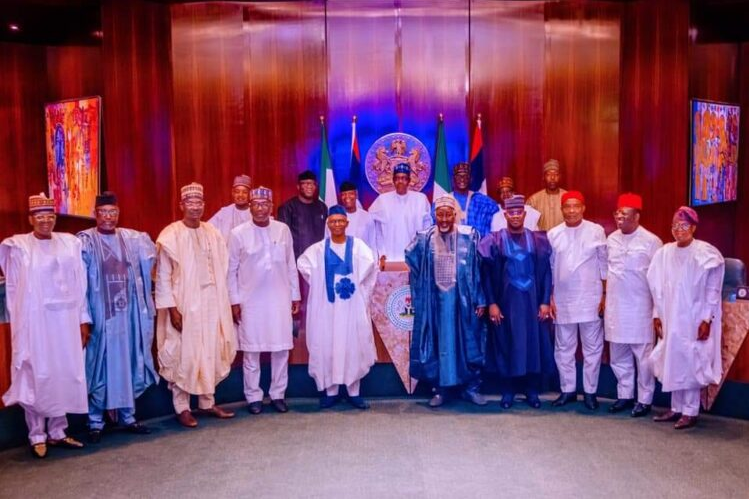 Governors on the flagship of the All Progressives Congress (APC) have announced that they will endorse whoever President Muhammadu Buhari supports at the forthcoming national convention of the party slated for Saturday, March 26.

The governors were led to the meeting by the chairman of the APC Caretaker/ Extraordinary Convention Planning Committee (CECPC) and Yobe State governor, Mai Mala Buni.

The chairman of the Progressive Governors Forum (PGF) and Kebbi State governor, Atiku Bagudu, told State House correspondents after the meeting that they will support any process that would lead to a consensus in choosing the party officials.

PDP Governors Vow To Save Nigeria From APC’s Destruction