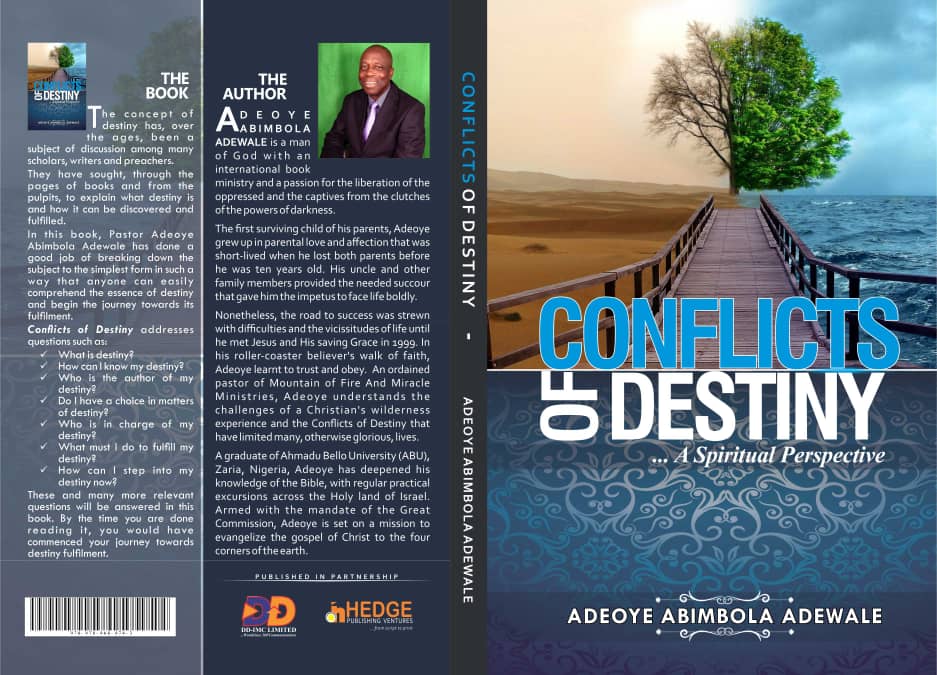 “Hakuna Matata’ and ‘Che Sara sara’ are two popular expressions with universal applications in the belief of the mystery of fate and predestination. Hakuna Matata is an expression of African origin which roughly translates to “there are no troubles” or “no worries” in Swahili language. It implies that it is useless for anyone to worry about the future since it is out of any man’s hand to control. The phrase draws close similarity with Che sara sara “, an Italian phrase that suggests that the future is uncertain or out of one’s control. In Spanish, it is usually understood to mean “whatever will be will be.” As philosophical as these beliefs sound , are they really true?
There are typically two beliefs system that shape the lives of many people in our world; one is fate and the other is faith. Fate is defined as something that unavoidably befalls a person or that which is inevitably predetermined. Faith on the other hand is the will or principle or the determining cause by which things are believed to come to be by the belief in a benevolent superior force or being. While fate suggests that if someone has a glorious end to their destiny, it will happen to them no matter what they do or fail to do and nothing can change it and also, if someone has a bad end to their destiny, such persons are already doomed for a life of misery and there is nothing they can do to change it.

This latter belief system sounds very flawed and very unfair. It implies that the almighty God, who created man in his image, has biases. According to the book of Genesis in the Holy Bible, when God created the human race, he created them in his image and likeness. Man was created in the likeness of his Creator, and God has written a good plan for our lives, but God does not dictate or demand we take his way because he created us with the power to choose. The ability to choose is what sets us apart from all other creations, and that is a lot of power we have been given when you think about it. This is the real mystery of life that the book “ Conflicts Of Destiny” has come to put in clearer perspective. Written by Adeoye Adewale, a graduate of Ahmadu Bello University, Zaria and a pastor currently based in Israel, this book touches on the critical issue of destiny that affects everyone on earth.
Whether you are an atheist, a believer, a freethinker or an animist, we all try to make meaning of the great mystery called ‘Life’. Many religions emphasize the role and impact of a superior being or beings that oversee and influence the affairs of humanity. Many people believe that man is not a creation of accident as science wants us to believe. They believe that what every mam makes out of life is a matter of the choice they make or failed to make. This is one of the positions that ‘Conflicts of Destiny’ has come to illuminate and expatiate.
Written in clear, lucid and simple free-flowing prose, the book ‘Conflicts Of Destiny’ has come at the right time to shed more light on matters of destiny by ushering in God’s glorious light that reveals eternal biblical truths about God-given purpose for every man and woman. The central message of the book is well addressed and is relevant to the world of today. The author laid the foundation with his vivid definition of the concept of Destiny which he described as the fulfillment of purpose in record time. He also established the broad interpretation of the subject matter by covering many hitherto unexplored territories of destiny by expatiating on the many shades of destiny. Under chapter headings such as: Choices; Discovery; Purpose and Preparation to deeper areas like Wilderness Experience; Divine Location; Divine Response and Defining Moments, the author espoused the need to give greater attention to salient but often over-looked issues such as Destiny Helpers, Destiny Killers and Destiny Thieves and Location in our quest to actualizing destiny.
For instance, the author opined that in matters of destiny, ‘Location’ plays a crucial role. Location in this context is both spiritual and physical.” He explained that every man or woman has been prepared by God to fulfill destiny in certain locations. This is a deep insight that every believer should be conscious of. The bible is full of great names that fulfill destiny by divine interventions. Abraham had to be relocated to fulfill his destiny. The glorious star of Joseph did not shine till he was sold into slavery in Egypt.
The author also brings to the forefront the Defining Moments of our lives. He quoted from Isaiah 60:1 “Arise, shine for thy light has come and the glory of the Lord is risen upon you…” This is a moment of epiphany. A moment for awakening. A moment to wake up from our deep slumber and take our rightful place in life and in destiny. The author submits that “defining moments are occasioned by God and they are designed to ignite passion for your destiny. Indeed, all knowledge begins with God, His living Word and God’s plans and purposes in our lives are for our blessing and for humanity. This book will enable every reader to take hold of certain powerful kingdom truths such as: Every child of God is a star and a work in progress. No one is destined for failure or condemned to poverty, disease or even eternal damnation. People just need to discover their places in destiny.
The author however emphasized the efficacy of Prayers in the actualization of destiny. He declared that ‘ there is no greater force than the power of prayer. Using the Jabez experience, the author concluded that no matter the tragedy in the trajectory of any destiny, prayer has the power to turn things around and make things right . It also has the ability to make colourful and blossoming an otherwise dry and drab life. He declared that many have failed to recognize the great power of prayer at their disposal. We all need the power of God to fulfill our destiny.
The book has been carefully written by divine inspiration and constructed through diligent meditation and instruction from God’s Holy word. ‘Conflicts Of Destiny’ will not only encourage you to take a deeper walk with God, but also stir your heart to dig deeper into God’s precious word. This book is a faith builder that will help to guide you into greater depths of God’s plans and purposes for your life while also enabling you to avoid the traps of the enemy. “Conflicts Of Destiny ” shares eternal truths that open doors to kingdom principles and beliefs that will enable you to live a prosperous and abundant life by the understanding of who you are in Christ and the gifts that God has blessed you with.

Related Topics:CONFLICTS OF DESTINY AND THE DILEMMA OF FATE AND FAITH
Up Next