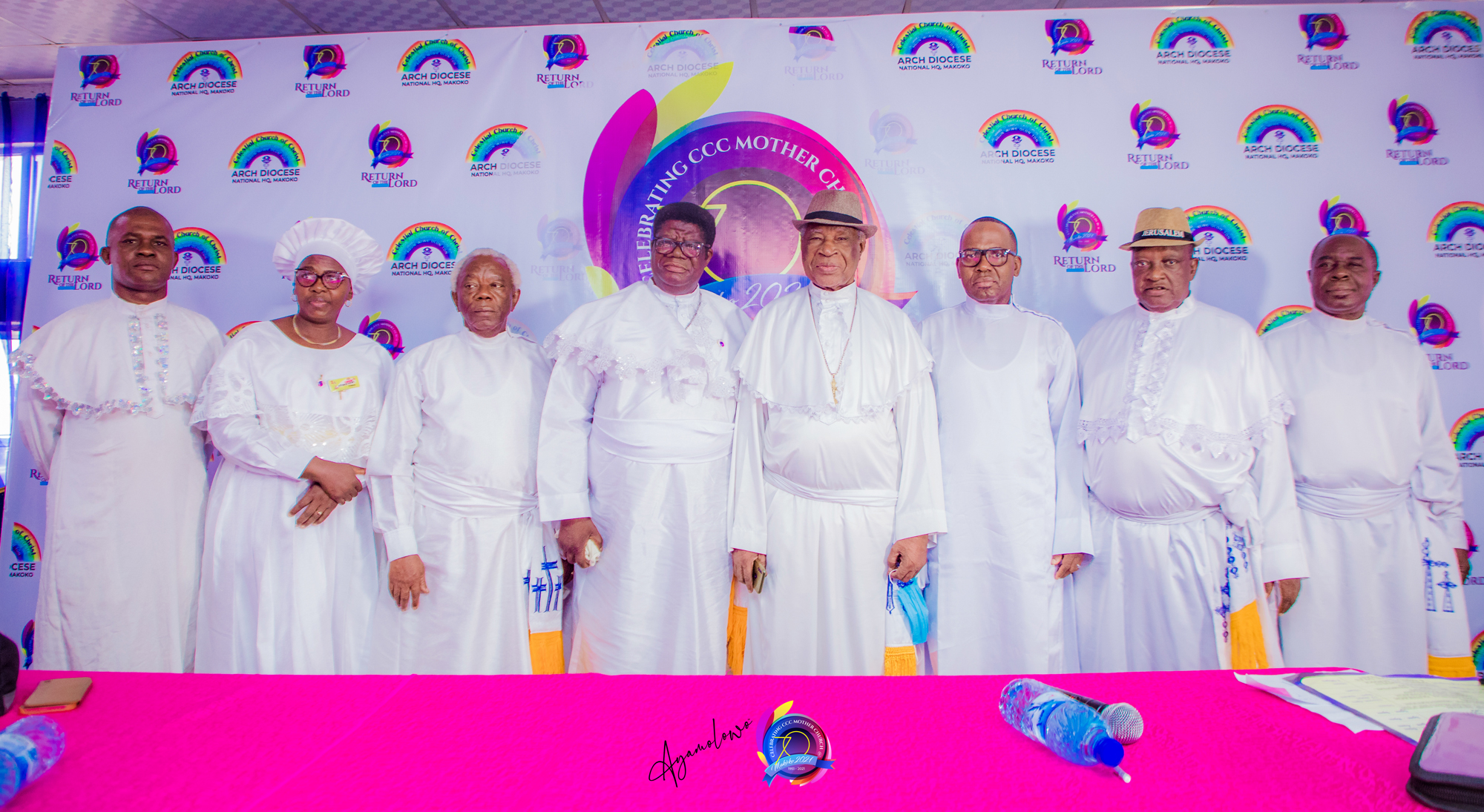 Celestial Church of Christ Makoko, Lagos State has unveiled plans for its 70th harvest anniversary and thanksgiving service which kicked off on June 27, and will be on till Monday, August 2.

The programme was unveiled at a press conference, which was held recently at the church.

Themed ‘Return of The Lord’, the Shepherd of the church, Assistant Most Superior Evangelist Olusegun Olarinde said the theme was taken from the book of Jeremiah 29 verse 10.

The harvest chairman, Gbenga Daniel-Adebayo, while speaking on the programme for the harvest said notable individuals who have ensured the growth of the church would be honoured at a gala award event.

He added that as part of the events marking the anniversary and thanksgiving service, there would be an empowerment programme, a free healthcare package for both the young and aged who have optical challenges with free drugs being given based on the individual sickness of the complainant.

Brother Adebayo stated that a legacy project would be commissioned in the community; adding that an open-air crusade would also hold within the premises of the church, as COVID-19 restrictions would prevent the church from holding the event at its usual venue, the National Stadium.

He encouraged members of the public to attend the event which will climax with a Thanksgiving service on Sunday, August 1, and a Love Feast the following day, adding that the sick have been healed in past events, with the barren conceiving.

The 70th-anniversary celebration is considered a significant milestone in the evolution of the church being the first to be established by the late Pastor and founder, Reverend Samuel Bilewu Joseph Oshofa.

About The Vindication Of Primate Ayodele Elijah Babatunde

Biodun Fatoyinbo Reacts To Sacking Of 40 Pastors By Bishop Oyedepo