Grammy Award-winning Nigerian musician, Burna Boy, received unique gifts from his female fans when he recently performed at a show at the Madison Square Garden in New York.

Excited female fans of the music took off their bra and underwear as they threw them at him while he performed on stage.

As the Africa Giant entertained the crowd, a number of women removed their bras and panties and threw at him on stage.

In the process, he caught one woman’s white bra and held on to it while he continued his performance.

The woman later took to Twitter to write about it.

“BURNA BOY CAUGHT MY BRA TONIGHT AT MSG,” she wrote.

She added: “Y’all know how hard it was to take off my bra under my hoodie.” 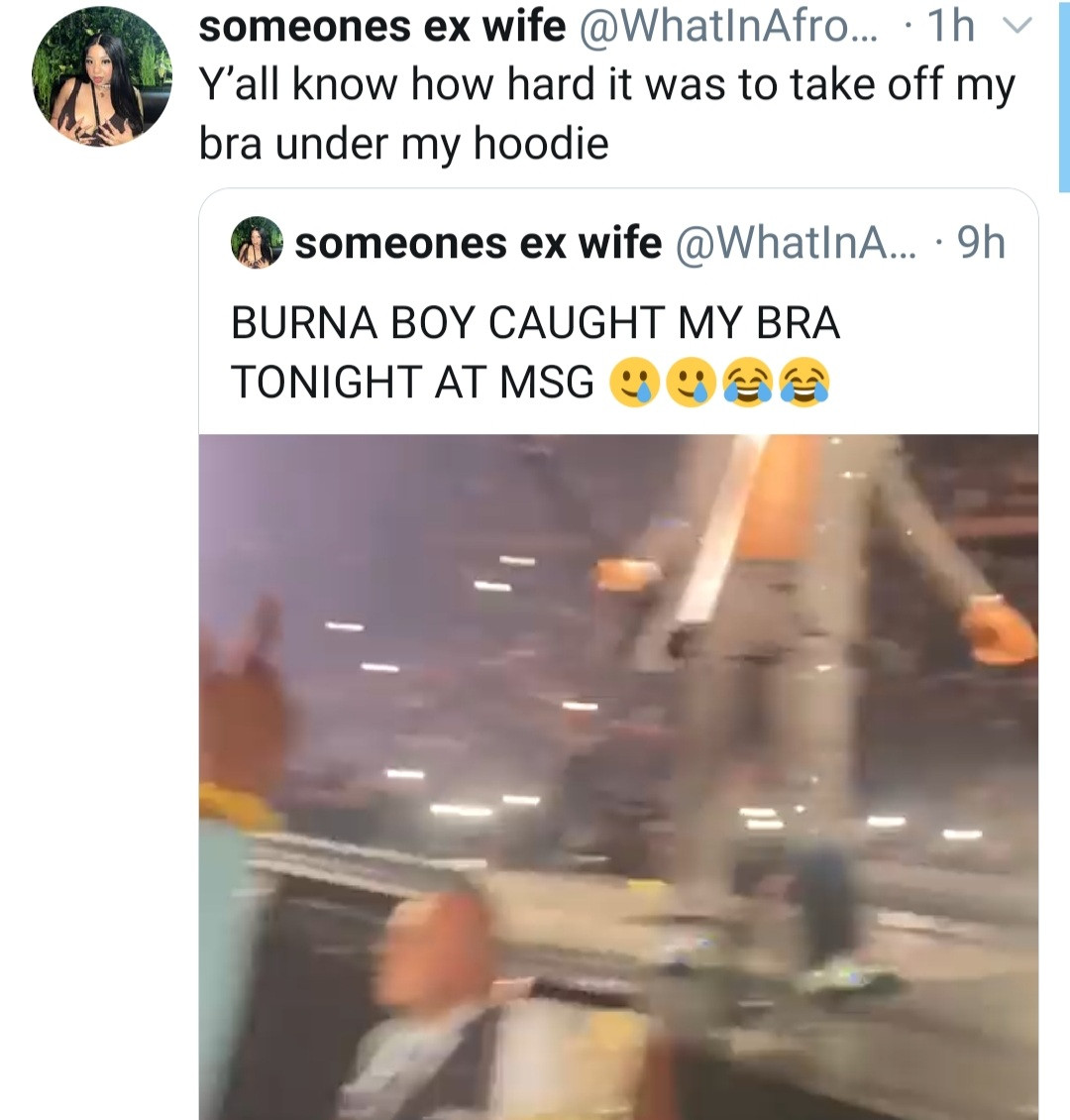 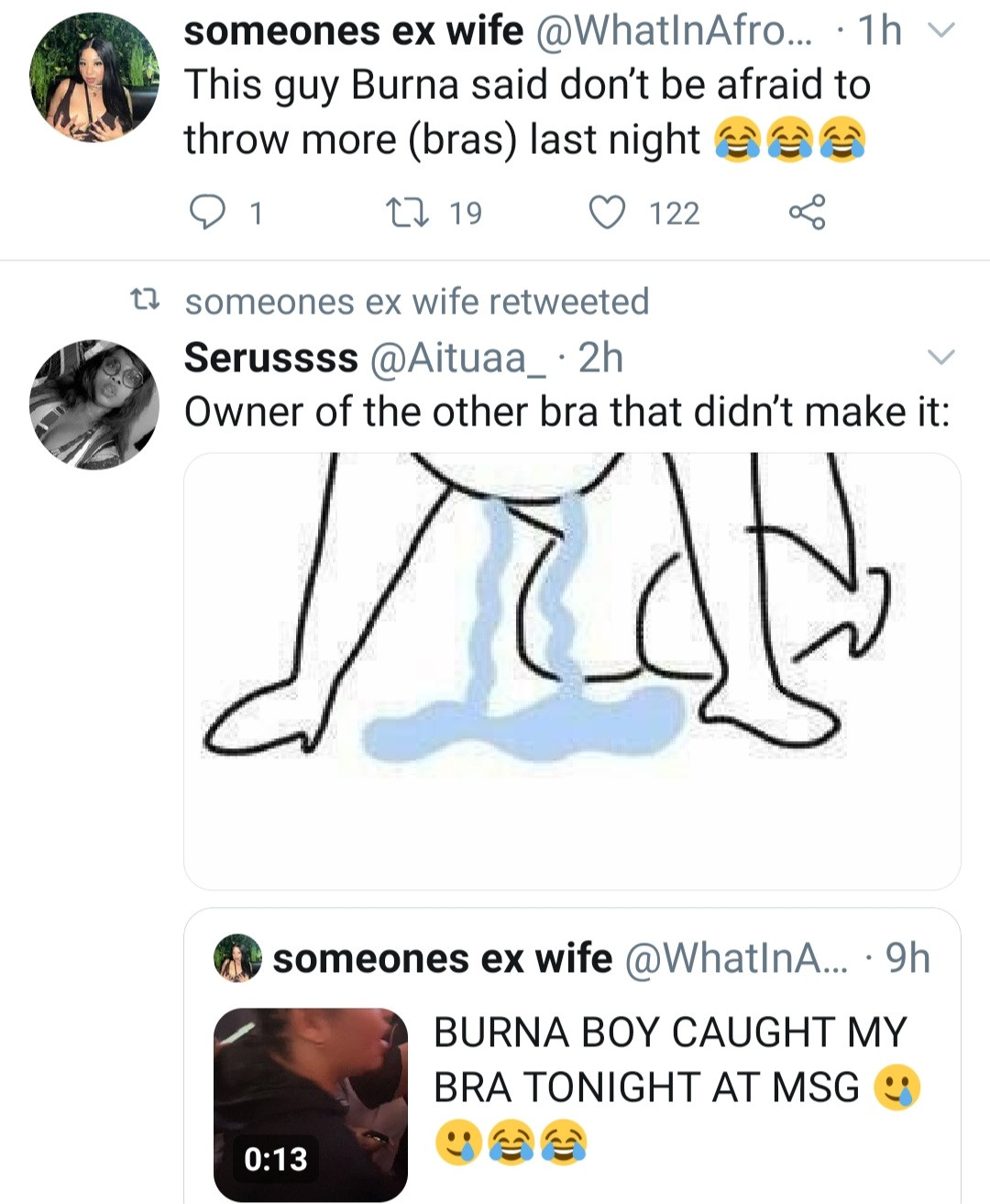 Related Topics:Burna Boy Gets Unique Gifts From Fans During PerformanceBurna-BoyMadison Square Garden
Up Next