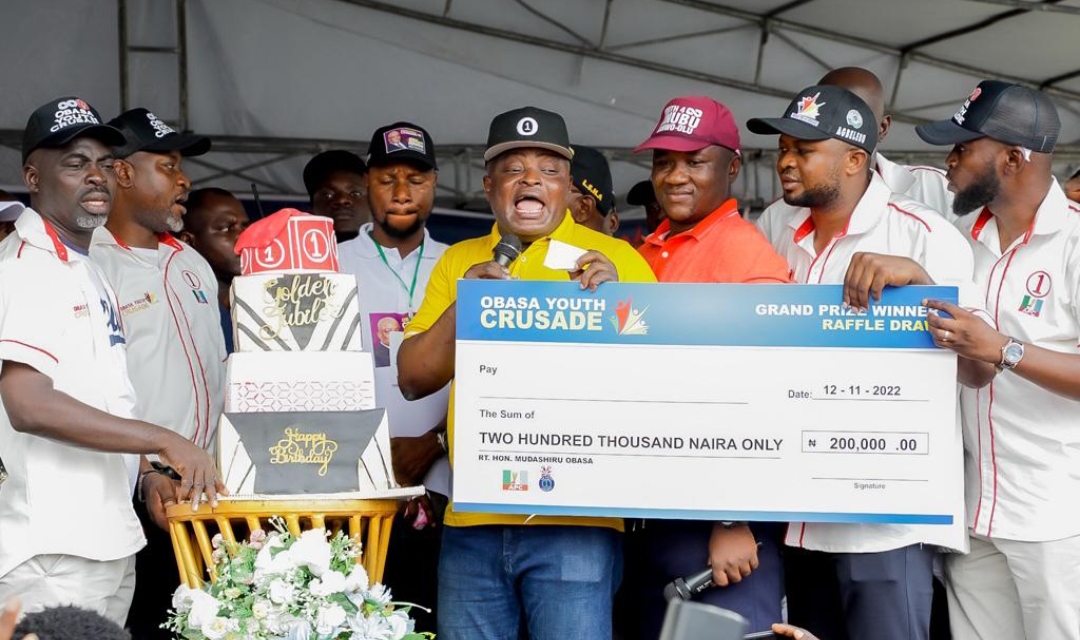 -Vow to ensure defeat of Obi

A rally organised by the Obasa Youth Crusade (OYC) on Saturday saw thousands of Lagos residents declaring their support for candidates of the All Progressives Congress (APC) including Asiwaju Bola Ahmed Tinubu and Rt. Hon. Mudashiru Obasa.

While Tinubu is the Presidential candidate of the APC in the 2023 general election, Dr. Obasa seeks reelection into the Lagos State House of Assembly where he is the Speaker. 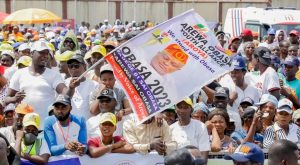 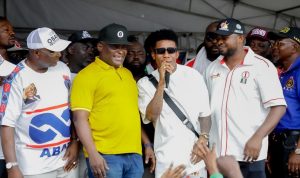 They, however, vowed to ensure that Peter Obi, presidential candidate of the Labour Party, and others are woefully defeated in Lagos.

Addressing the crowd at the Agege Stadium, Lagos, Speaker Obasa urged the youth to sustain the tempo adding that the rally was first of its kind in the area.

Obasa added that the passion showed by the youth and those who attended the rally was enough proof that the people of Lagos remained happy with the APC and its progress in the State.

According to him, even though the gathering was in his honour, the attendees must know that the bigger task was to work for Tinubu and Sanwo-Olu’s victory at the forthcoming election.

“Today you are here to talk about Obasa, but we have a bigger project and that is Bola Ahmed Tinubu. We have Asiwaju as the high-tension wire from which we all are connected. I also promise that we will never disappoint you.

“We have provided jobs, thanks to our governor. In Agege today, we have almost all the roads tarred.
We have a governor that is well connected, capable to continue to in office.

“In Tinubu, we have a leader who has the ingenuity of identifying capable hands irrespective of tribe and ethnicity. This has made Lagos a great state. It also shows that he will be beneficial to the country as President.

“We shouldn’t allow someone who only manipulates the internet to deceive the people. APC is the only party that will take us to the promised land and the only presidential candidate that can do it is Bola Ahmed Tinubu while the governorship candidate that can do it in Lagos is Sanwo-Olu,” Obasa said while tasking the crowd to vote for other candidates of the APC as they have shown experience and capacity.

Afolabi Ayantayo, a Special Adviser to Governor Sanwo-Olu, commended the youth for their zeal to ensure continuity in Lagos.

He urged them not to relent in their love for Tinubu and other candidates of the party.

Others who spoke at the rally included candidates Wale Ahmed and Abdulkareem, Abdulrazak Ajala of Odi Olowo LCDA who expressed hope that APC would be returned as the party of choice, and Abdulganiyu Obasa, who affirmed that Agege had witnessed a lot of development and progress as a result of the residents’ love for the APC.

Highlights of the event were raffle draws which star winner, Sunday Grace, went home with ₦200,000 and entertainment by musicians including Adekunle Temitope, better known as Small Doctor.

In his remarks, Gbenga Abiola, convener of the group, promised that the OYC would continue to work hard ahead of the election.