The credibility of reality show Big Brother Naija has once again being brought to question.

This time, the person questioning the credibility of the show is former housemate Gifty Powers.

According to her, separate rules appear to apply for different people in the show.

In a post she put up, Gifty questioned why some people were purnished for breaking the rules of Big Brother, while others were left off the hook despite committing an equally purnishable offence.

She wondered why Ike was issued his second strike in the reality show for intent to attack his fellow housemate Seyi, and the duo of Tatcha and Joe were also issued strikes after the pair were involved in a clash. While Mercy on her part received a final warning for damaging Biggie’s property when she broke the Oppo Mobile phone at a Saturday Night Party, but Seyi never got a strike or a warning for cursing Thelma and Ike on live TV, an offence which saw two housemates being disqualified in the last edition of the show. 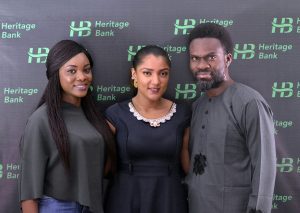 Recall that KBrule and Khloe were disqualified from last year’s show for breaking one of Biggie’s rules, which is ‘No Cursing’.

Meanwhile, Seyi’s full name is Seyi Awolowo. He is from the popular Awolowo dynasty.

Why Jesus Is Not God – Reno Omokri