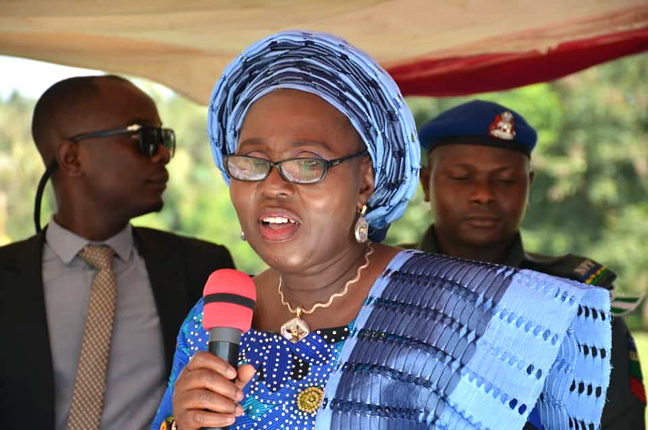 Ondo State First Lady, Betty Anyanwu-Akeredolu, has questioned the reconciliation of a staff of Channels Television and his wife.

Recall that the story of how Pius Angbo had abused his wife Ifeyinwa had been trending on social media for days.

Ifeyinwa, a medical doctor, over the weekend shared a video online in which she accused Pius, a Channels TV correspondent based in Benue, of constantly subjecting her to acts of domestic violence in their six years of marriage.

Urging mothers to train their sons to respect womanhood, Akeredolu reacting via social media questioned the nature of the reconciliation, adding that wives are not the rehabilitation centers for their ”badly raised husbands”.

Reacting to the development via her social media handle, Akeredolu said it is the responsibility of women to raise their sons to respect women.

I Would Decline Any Offer To Return As APC Chairman-Oshiomhole