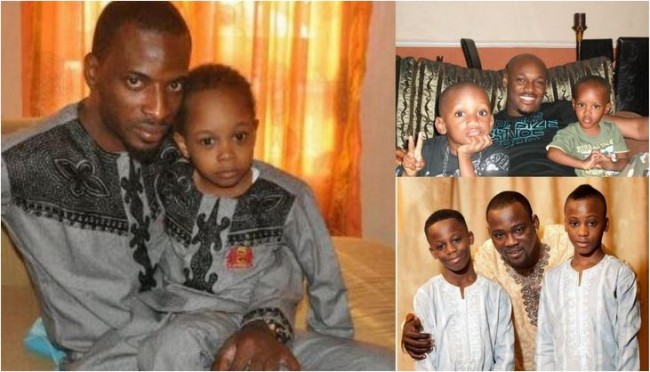 The tag Baby Daddy might not be as popular as Baby Mama. However, both tags are common in the music industry.

One of the most popular Baby Daddies in the Nigerian music industry is of course 2Baba. Though now married, he has children from numerous women including Sunmbo Adeoye and Pero Adeniyi and a lot more.

His footprint has definitely been left in the sands of time, as younger artists now consider it an impressive feat to be a Baby Daddy. In fact, it seems that to be relevant in the music industry you must be a Baby Daddy.

Firstly, who is a Baby Daddy? He is a man who has a child or children with another woman he or she is not married to, nor have intention to marry.

Artists including, D’ Prince, Ice Prince, Terry G and several others have since followed the trend, a new crop of young entertainers are now finding it appealing.

Asides Runtown, another artist whose Baby Daddy antecedent is both interesting and intriguing is highlife singer, Flavour N’abania.

Flavour has two girls from two women namely Anna Banner and Sandra Okagbue. Interestingly, both women are ex-beauty queens and he is yet to propose to either.

On his part, Olamide Adedeji popularly known as Olamide has a baby with his girlfriend Aisha Suleiman. The boy was delivered in 2015.

Davido should pass for the ambassador of Baby Daddies. At 24, he already has two children out of wedlock. Having had a daughter named Imade under controversial circumstances with Sophie Momodu in 2015, he recently welcomed another with his Atlanta, America-based girlfriend, Amanda.

Like Davido, Wizkid also has two love children namely Boluwatife and Ayodeji. His first came from his ex-teenage girlfriend, Oluwanishola Ogudugu, while the second came from an America-based Guinean, Binta Diamond Diallo.

Other musicians who have love children include May D, whose lovechild Olamipoju was delivered by his ex-girlfriend, Debola, in 2013. They subsequently broke up in 2015. SolidStar real name Joshua Iniyezo also has a child with his UK-based lover. SolidStar shutdown paternity speculations surrounding the child when he posted a copy of its DNA test result on Instagram confirming he actually fathered the very fair-complexioned tot.