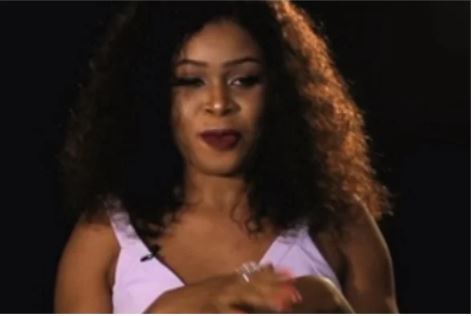 The last has definitely not been heard of the drama ensuing  and involving the housemates of the last edition of Big Brother Nigeria (BBN).

Since the reality show climaxed, there have been several dramas with one housemate calling out the other or an individual calling out a housemate.

Few days ago, Ifuennada had a spat on instagram with comedian Deeone. Presently, its the comedian with another housemate named Princess that are in a spat.

Deeone came out hard on Ifuennada before taking on Princess. Deeone described Princess in several unprintable words calling her a “Runs girl and also a small girl with big God”.

Trouble started when Princess shared a video in which she was promoting his upcoming show. In the video, Princess asked everyone to come for the show. She added that she cannot wait for the show to come so Deeone can pay homage to her.

Deeone apparently found the homage part distasteful. He went on his Instagram page, posted a photo of her and wrote

”Pay homage to who?? Runs geh or Small girl with big God? ?? 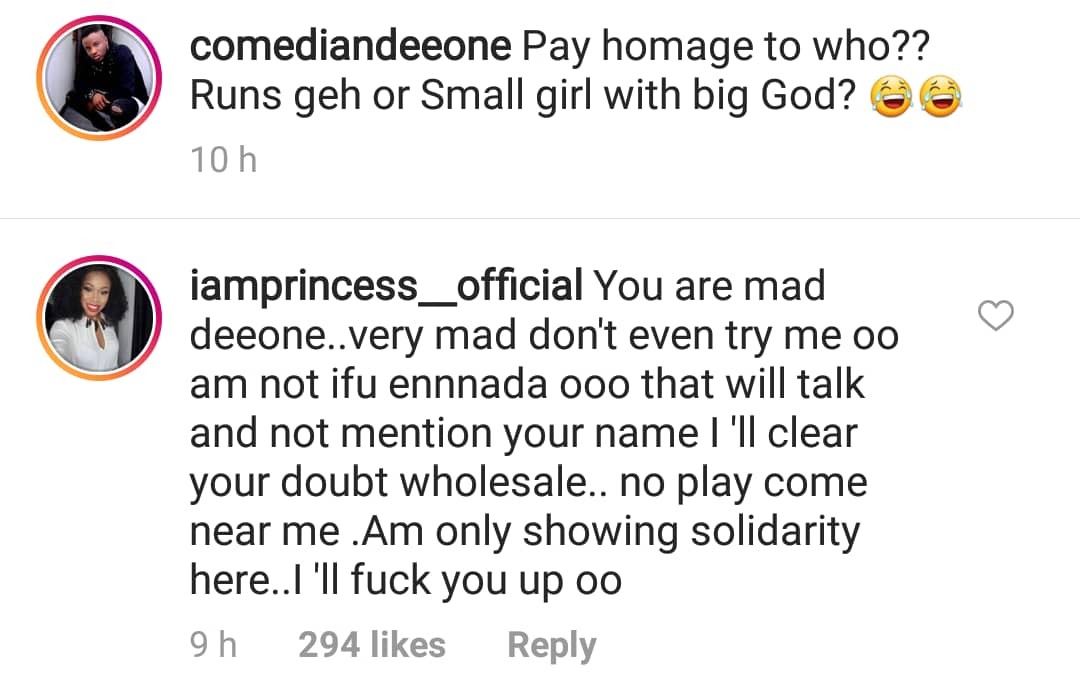