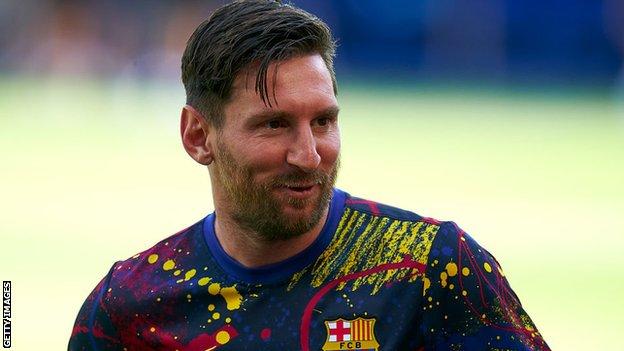 DStv and GOtv subscribers can look forward to the imminent return of La Liga action live on SuperSport. The first round of the 2020-21 season scheduled to be played from 11-14 September 2020.

SuperSport, the home of football is the only platform that provides English commentary from the La Liga league.

The 2020-21 La Liga season will open with a shortened round as clubs like Real Madrid, Barcelona, Atletico Madrid and Sevilla will be absent due to their participation in the UEFA Champions League and UEFA Europa League’s recent mini tournaments.

Despite Barcelona not being scheduled to play until much later in the month, they are the team dominating the headlines in La Liga over the possible departure of Lionel Messi. The Argentine forward, after nearly two decades at the club, has had enough of Barca’s mismanagement and ailing form, with the shocking 8-2 loss to Bayern Munich last month seemingly the last straw.

Messi has formally requested a transfer from Barcelona and believes a clause in his contract allowing him to leave on a free transfer has been activated, though the club and La Liga both say his €700 million release clause remains the only valid way to terminate his deal, which runs until next June.

Messi has failed to appear for Barcelona’s pre-season coronavirus testing and training, and he looks set to stay away from the Camp Nou until a move is completed. The favourites to sign him are Premier League giants Manchester City – which would see a reunion between Messi and Pep Guardiola – while Paris Saint-Germain are another contender.

Barcelona have a presidential election looming and one of the main candidates, Victor Font, stated that the only way the six-time Ballon DOr winner might remain at Camp Nou is if current president Josep Maria Bartomeu resigns. Font now feels too much water has gone under the bridge to avoid losing Messi.

Asked if it is too late for Messi to change his mind, Font said: That is the way it seems. This is the best football club in the world and we will do everything to ensure that the association with Messi stays.When quizzed if he sees any way that Barca can convince him to perform an about-turn, he added: Thats the hope, right? Until its over there is always hope. And therefore, I really hope the decision can be changed.

It doesnt seem likely, though, and therefore if thats the case, the focus should be on making the transition as smooth as possible. And the ties between Messi and Barcelona that go very deep, remain there, so we can ensure somehow, the relationship continues in the future.”

He added: Being the best player in the history of the sport carries a lot of weight. You see it with [Diego] Maradona, with Pele, with Johan Cruyff, these people carry a lot of value to the organisation they belong to. That&#39;s why we need to ensure that happens.

The world’s biggest-ever transfer, in terms of both fee and magnitude, maybe just around the corner and it seems La Liga could lose arguably its greatest ever player.

For more details on upcoming match and fixtures, visit SuperSport. Reconnect now on the GOtv Max and GOtv Jolli package to have access to exciting football content. You can make use of the MyGOtv app from the comfort of your homes to upgrade and reconnect.

To renew your subscription or switch your packages visit www.gotvafrica.com or download the MyGOtv app from the iOS and Android store to find out more and for self-service options.

Why I Fought With Neo-Vee