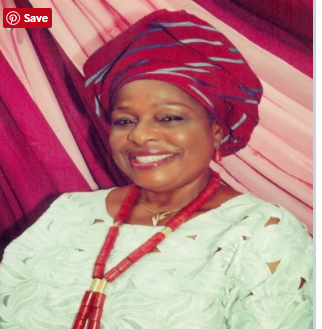 Those who know Iyalode Alaba Lawson years back would attest to her social presence at party scenes.
Like a woman who had had enough of the razzmatazz she simply faded off the scene.
During her absence, several things were speculated, as some people even said an ailment might have sent the woman into hibernation.
After years of staying away from the party scene, Iyalode Lawson is back.

Many who have seen her in recent times have expressed shock that she could indeed rescind on her decision.
She has been making appearances at events holding in Abeokuta, Ogun State, as party birds from Ogun State insist she must have missed the fun of partying to make her return.