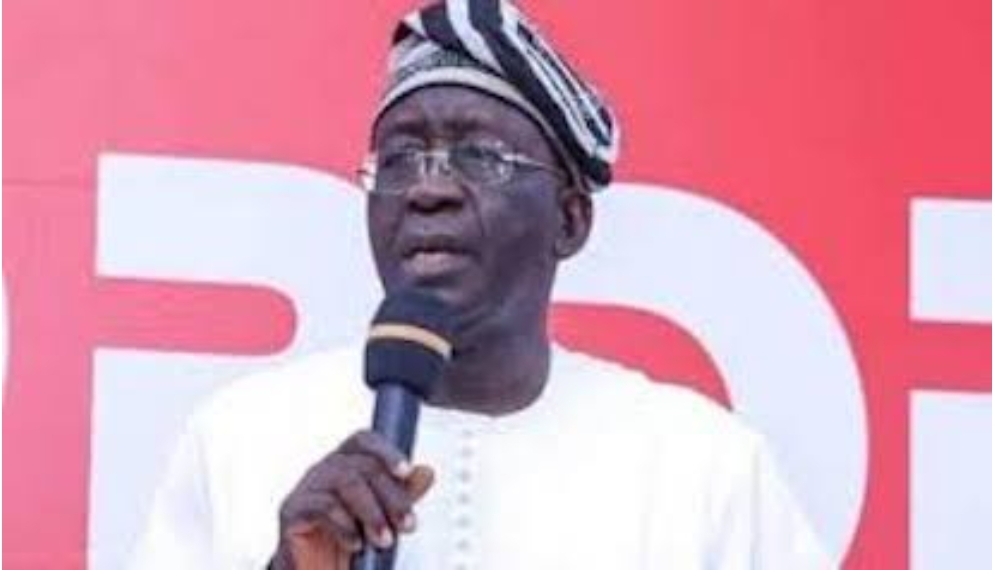 An aide to Iyorchia Ayu, the national chairman of the Peoples Democratic Party (PDP), has said that he has no plan to resign from his position.

Simon Imobo-Tswana, special adviser on media and communications to Ayu, stated this in a statement issued on Monday, August 15.

Imobo-Tswana said Sections 45 and 47 of the PDP Constitution are clear on the removal and/or resignation of the National Chairman.

“We restate, therefore, that the PDP National Chairman has not resigned and has no plan of resigning. For clarity and emphasis, he was elected for a tenure of four years.

“Sections 45 and 47 of the PDP Constitution are clear on the removal and/or resignation of the National Chairman. Those who don’t know this should get copies of the party’s Constitution for more information on the matter.

“PDP members and the general public are advised to ignore any story of such a phantom resignation.”

He added that if Ayu would resign, the letter would be given to the party’s deputy chairman (north) and not the former senate president, in line with section 45(i and ii) of the party’s constitution.

Imobo-Tswana reiterated that Ayu remains committed to his “crucial assignment to lead the PDP on a historic rescue mission come February 2023, and he will not be deterred or distracted by media terrorism or political blackmail”.

“If there is such a resignation, it exists only in the imagination of those who have made themselves available for hatchet jobs.

“So, where does Mark comes in here, being that he is not even a member of the party’s national working committee (NWC)? It appears that those who have been procured to blackmail the national chairman out of office are not even aware of what the party’s Constitution says about the matter,” he said.

“We are shocked that such reckless, vicious, mischievous and fabricated falsehood can find prime space in the mainstream media.

“But even more shocking is the fact that otherwise respected media houses have made themselves easy platforms for unscrupulous people to peddle falsehood and run smear campaigns.”

Related Topics:Ayu Has No Plan To Resign As PDP Chairman-AideIyorchia AyuPDPPeoples Democratic Party
Up Next