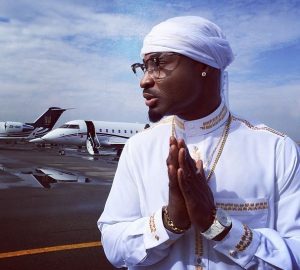 Emerging information indicates that KCee has gotten his roving “Cash Cow” back on a leash.

In the past weeks, KCee, E-Money and Harrysong have been at loggerheads, as Mr. Songs launched his own record label Alterplat Music and said farewell to his former label Five Star Music.

However, following arrest and re-arrest, Harrysong has been put on a leash, as he announced his return to Five Star Entertainment having initially apologized to KCee and E-Money.

Interestingly, the latest development is a confirmation of an earlier story by www.theoctopusnews.com  Read Here that KCee is only trying to intimidate Harrysong to return to his former label.

In a video recently released by Harrysong, he is quoted as saying thus “ I want to say I’m sorry Kcee, I’m sorry to Five Star Music for all the statements I said in anger, I’m sorry. I miss my family, you don’t expect me to be fighting with my family forever. Kcee and E-Money I love you so much. Ladies and Gentlemen, I’m back to my family.”  He has since  gone ahead to delete all information related to his newly created ‘Alter Plate’ record label from all his social media accounts and he replaced it with Five Star Music details. 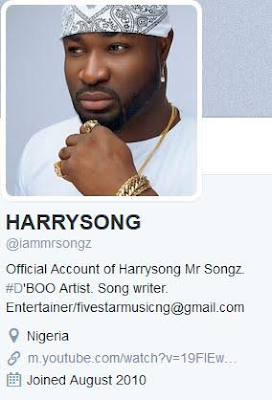 No doubt, KCee has had the last laugh.

KCee Is Only Trying To Intimidate Harrysong – Source