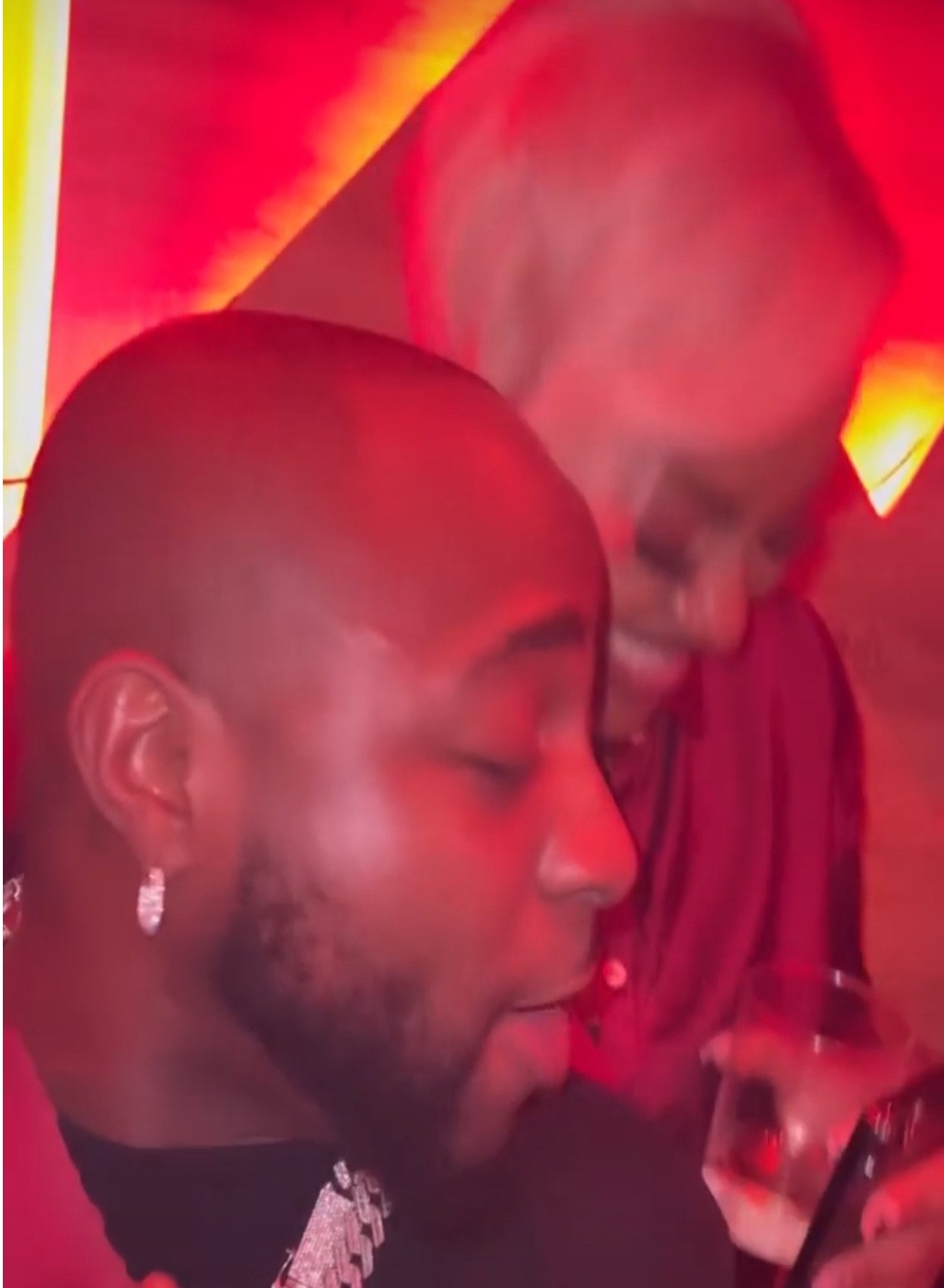 Singer, Davido, has been spending more time with the mother of his son in recent time.

After the two appeared to have drifted, Chioma was recently spotted in the crowd as she enjoyed herself at Davido’s concert in Lagos State.

Subsequently, photos and videos of them holding hands also surfaced.

The duo have again been spotted with each other at a night club, as they spend more time together.

It appears all is now well between singer and the mother of his son, Ifeanyi.

Related Topics:At last; Chioma Makes Peace With DavidoChiomadavido
Up Next