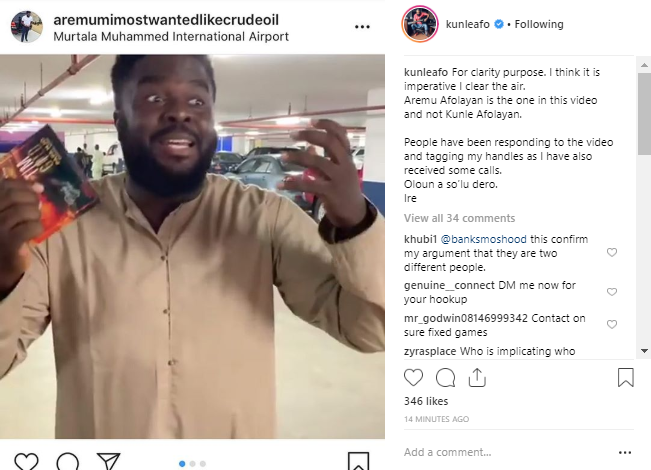 The last has not been heard of the rant by thespian Aremu Afolayan in which he called out the immigration at the Murtala Muhammed International Airport, Ikeja.

Since the event, the thespian who called out President Muhammadu Buhari and the Governor Akinwumi Ambode has apologized.

Apogizing, the actor revealed that the issue with his niece’s passport has been resolved, as he thanked “Ms Jumoke” and the Vice President of Nigeria, Yemi Osinbajo for “coming into the root of this matter” and helping to resolve it.

Emphasising the fact that the issue had been resolved, Aremu said all people involved have apologised to each other, explaining that his outrage was simply because he was angry and wants the country to be better.

The bearded actor didn’t hide the fact that he was unpleased with his brother who distanced himself from the rant, as he thanked those who denied him after his rant went viral.

I want to say I’m sorry to Mr President and to my family and to the people who denied me, I want to say a big thank you to you too because if you’ve not denied, I won’t still be standing here, I guess so. 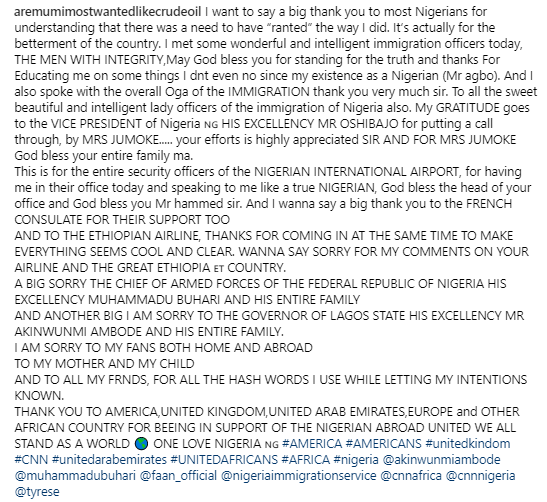 Aremu also shared a statement by FAAN stating that no one needs to pay a bribe to immigration to gain access into the airport terminal – a statement that was prompted by his ranting.