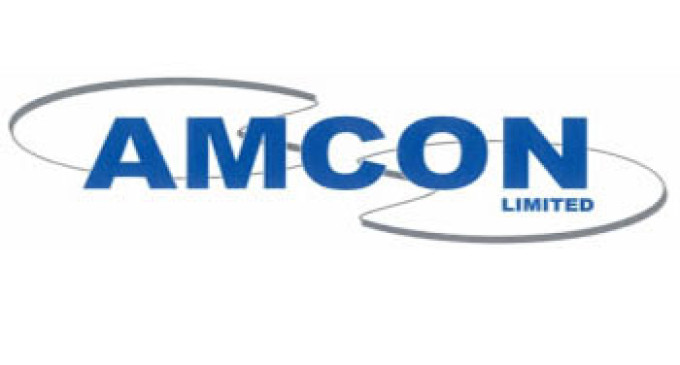 With 13,000 businesses under its watch, the Asset Management Corporation of Nigeria (AMCON) should trail the Nigerian National Petroleum Corporation (NNPC) as one of the richest parastatals in the country.

Ironically, as the NNPC swims in wealth, the AMCON, with over 13,000 accounts valued at N5.6 trillion consist mainly of moribund companies. The companies, waiting for elusive investors, have little or no prospect of survival.

Some 400 obligors account for more than N4.5 trillion of AMCON’s N5.6 trillion loan profile (about 80 per cent of the corporation’s debt portfolio). Since its establishment in July 2010 to stablise the financial system by efficiently resolving the Non-Performing Loans (NPLs) assets of banks, AMCON has been on the hot seat. The companies under its watch accuse it of forcing killer-pills down their throats, or planning their total liquidation. AMCON’s Chief Executive Officer, Ahmed kuru, however dismissed the allegation as unfounded.

The AMCON chief describes the corporation as one of the best things to happen to economy. To him, AMCON has not only stabilised the financial sector through its debt purchase scheme, it has offered fresh funds to rescuciate many of the ailing lenders.

The takeover of the three bridged banks – Mainstreet, Enterprise and Keystone prevented the depositors from losing their savings. The corporation’s intervention saved thousands of jobs that would have been lost to the closure of the institutions. The AMCON has sold two of the banks to new managers and Keystone’s sale plan is ongoing. Kuru believes that the recovery of bad debts and revival of huge businesses under AMCON’s control will boost the local economy and create millions of jobs.

In an October 6, last year judgment delivered by the Federal High Court, Abuja between Capital Oil and Gas Industries Limited (plaintiff) and AMCON (defendant), the judge ordered the defendant to restructure the plaintiff’s debt.

The management of MRS Holdings Limited also denied claims that it was owing AMCON. The management also refuted the claim on any ongoing plans to liquidate its operations.
In a statement, the MRS management said: “Our attention has been drawn to a recent publication by the by the Asset Management Corporation of Nigeria alleging that MRS Holdings Limited is indebted to it in the sum of N81 billion and that the Corporation has instituted Suit No: FHC/L/CP/923/2016 to wind up the company over the inability of MRS to pay the alleged debt”.

Describing AMCON’s claims as false, the firm said: “MRS challenges in the strongest possible terms, the false claim by AMCON that MRS is indebted to AMCON in the sum of N81 billion or any sum at all. The correct position is that MRS obtained a loan from a consortium of banks in Nigeria for a viable project.”

“AMCON has declared a new aggressive debt recovery drive. MRS has no problem with that but this does not give AMCON a licence to embarrass and harass companies. It is not a crime to obtain loans for viable projects. Execution of viable projects leads to job creation and growth of the economy. However, when companies that obtain loans for legitimate businesses are being harassed and embarrassed in the name of aggressive debt recovery, it signals danger for the growth of the economy”.

According to the downstream oil firm, it had taken notice of AMCON’s frivolous recovery cases against many companies, which were dismissed by the courts.

It said: “MRS is taking legal advice to clear its good name and bring necessary actions to seek damages for the embarrassment and damage caused the company’s reputation and goodwill by AMCON’s publication and action.

“MRS further assures the general public that MRS Holdings Limited and its subsidiaries will continue to transact their businesses with the highest ethical standards and in accordance with the extant laws of the country,” it said.

Efforts to contact MRS over the weekend, on its current debt status were unsuccessful as calls to the company’s official line were not answered.

The Federal High Court, Lagos had earlier ordered Bi-Courtney Group of Companies and its owner, Dr. Wale Babalakin to hand-over its concessionary powers to AMCON with immediate effect. This follows the firm’s inability to pay a debt owed the asset managers. Besides, the court ordered Bi-Courtney’s account in banks to be frozen with immediate effect just as it ordered the banks to disclose all account balances to the asset managers.

On these developments, Kuru noted that AMCON has never and will not run any business. But as facilitators, it encourages competent professionals to manage any of the businesses taken over by it. “We want debtors to come and talk to us on how they want to pay. We do not gain anything by embarrassing anybody”, Kuru said.

On the continued posting of losses by the corporation, he said: “AMCON cannot make profits. It is not possible for AMCON to declare profits. We received about N160 billion annually from the Sinking Funds. The main objective of AMCON is to ensure it discharges its obligations at the end of its term”.

The AMCON chief said it has so far recovered N644 billion in cash and assets from debtors, adding that it will continue to engage debtors to pay up their debts. It said 80 per cent of the bad loans it acquired from banks were beyond redemption. “Financial institutions have primary responsibilities to give out loans and more than 65 per cent of banks’ incomes are from interest and loans. All these facilities they have transferred to AMCON, 80 per cent of them are already inside the coffin. The only things that supports them, are the supporting assets,” it said.

In an interview, AMCON’s Head, Corporate Communications, Jude Nwauzor, said that the AMCON has no interest in killing any business but to see it thriving. He listed Peugeot in Kaduna, Multi-Trex in Ogun State, the two oil rigs, tank farms, Tinapa Resort, are heavy investments in the books of AMCON.

AMCON, he said, also has several real estate businesses and confirmed that the Federal Secretariat in Ikoyi was in its book.

“These are massive investments. Look at Peugeot, when it was at its peak, it was assembling 90,000 vehicles monthly. A factory that does 90,000 vehicles cannot employ anything less than 5,000 workers. You can imagine the number of workforce and ripple effect of their earnings. AMCON stepped into a place like Peugeot to stop it from collapsing,” he said.

According to him, with the investments the corporation is making and ample opportunities that this present administration and AMCON are exploring, one can imagine what can happen if Peugeot comes back in full stream.

He said: “Right now, things are not what it should be. They have orders to supply cars but where are the funds. Although with the right investment, AMCON has stepped in to ensure the place is not run down. We want new investors to take over the business and it will start flying again. That is the type of impact that AMCON wants to see.

“Imagine if Multi-Trex which is a cocoa processing company in Ogun State, is functioning, which when it was in full stream, had b etween 4,000 to 5,000 workers. Imagine if Tinapa Resort is functioning, the number of Nigerians that will be employed. You can imagine if Aero Contractors is in full flight and the number of workers that will be employed and what they will do to the economy. Imagine if Arik goes down and AMCON did not intervene,” he queried.

He said the corporation had intervened in Arik, adding that the impact of Arik in the aviation industry cannot be over-emphasised.

His words: “You can imagine if Afrijet is flying. That is why the AMCON chief always insists that Nigerians need to rally round AMCON for it to succeed because a lot of Nigerians do not understand that it is the taxpayers money that the people have borrowed and refused to pay back. It is you and I that keep our money in the banks and these borrowers go for the money and refuse to pay back,” he continued.

He said that bad loans in the industry have made it difficult for more Nigerians to borrow. “People have borrowed money to set up poultries and those funds have ended up in property market in Dubai. A debtor is flying private jets, buying houses in Beverly Hills, and Union Bank where he took the money is suffering. We actually intervened in 22 banks in Nigeria, but the ones that were irredeemable were the ones that were bridged. There were other ones that AMCON bought over the bad loans and gave them fresh funds to do new businesses.

“The AMCON had to bridge the banks, stabilise them for sale. The Federal Government had the option of liquidating those banks, but the depositors would lose their funds. But you can imagine what would have happened to the economy if AMCON was not created. Zimbabwe would have been like a paradise compared to Nigeria,” he said.

Speaking on Peugeot takeover, he recalled that the company was doing 90,000 vehicles in the 80s but now, it is struggling to do 6,000 because of lack of proper investments. “Everything AMCON owns is for sale. At the right price, it is sold. But the state of the economy is making it difficult for us to sell. I don’t know how many Nigerians can raise the fund to buy Aero Contractors.