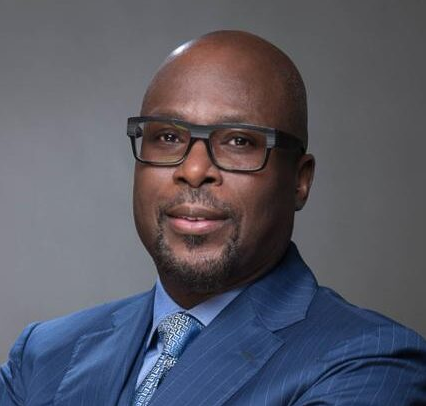 The “Folawiyo” name is one that has become popular in the business circles of Nigeria, Africa, and indeed the world.

It is needless to say that it is as a result of the efforts put into it over the years by its original owner, the late Iyanda Wahab Folawiyo who was popular for owning several successful businesses.

The narrative synonymous with the Folawiyo name is however changing as Tijani Babatunde Folawiyo, a scion of the revered late businessman is currently swimming in murky waters of alleged debt scandal.

Reports reaching www.theoctopusnews.com, has it that Justice Ambrose Lewis- Allagoa of a Federal High Court in Lagos has ordered the Asset Management Corporation of Nigeria (AMCON) to take over valuable assets of a businessman, Folawiyo.

The order is in relation to an alleged N727. 9 million debt owed by Folawiyo.

The order follows an application for an ex-parte motion by AMCON’s lawyer, Amobi Agu, seeking the following orders among others; “An order granting leave to the applicant (AMCON) to take interim possession of the property of the respondent (Folawiyo) pending final determination of this suit.

“An order compelling the respondent , his agents, servants and creditors to deliver to the applicant’s possession of all his assets, bank accounts or any other asset wherever located in satisfaction of the Judgment of the Honourable Court delivered by Honourable Justice Ibrahim Buba in Suit No: FHC/L/ CS/207/17 dated the 30th Day of October, 2017 with accruing interest.

“An order compelling the Director General of the Securities and Exchange Commission of Nigeria (SEC), other subordinates jointly and severally attached to him, and under his authority, control and/ or supervision to assist the applicant in securing and/ or preserving the shares listed in the name of the Respondent on the floor of the Nigerian Stock Exchange. “An order freezing the Bank accounts of the respondent in 18 commercial banks.

“An order granting leave to the applicant to take interim possession of the property of the respondent at Block 138, Plot 13, Tunde Joda Drive, Lekki Phase 1, Lagos State, all of which belongs to the respondent/ debtor pending final determination of this suit”.

Justice Lewis- Allagoa thereafter adjourned the case till 16 May 2022.

Meanwhile, in an affidavit in support of motion papers, it was alleged that Spring Bank offered Companies de Logistic Nigeria Limited, a credit facility of N250 million for the purpose of Duty payment/clearing cost for blue-chip companies; Door-to-door logistics; and finance of confirmed/unconfirmed letters of credit for blue-chip companies based on irrevocable Local purchase orders LPO.

Folawiyo, is a director of Compagnie de Logistic (NIG) limited company who was appointed by a valid resolution of the board of directors on 11 September 2000.

The credit facility was granted to the Companies de Logistic Nigeria Limited by Spring Bank based on the personal guarantee and representation of one of the Directors that cheques would be issued from time to time to fully liquidate the facility through proceeds from LPO domiciled with the Bank.

The Compagnies de Logistic company received the full complement of the sum of N250 million as approved facility.

The loan agreements between the bank and the company had since expired and sums therein are due for repayment.

This was the total outstanding debt due and payable to AMCON on a loan advanced to the Respondent’s company at 23% interest per annum from the date of filing the suit till judgment and thereafter at the rate of 10% per annum until final liquidation.

AMCON also filed a Motion on Notice dated the 16th August,2017 praying the Court to enter final Judgment in default of appearance as per its reliefs in the Statement of Claim.

On the 30th October, 2017 the Court granted the said reliefs sought by AMCON in the said Motion on Notice and entered Judgment in favour of AMCON against the respondents in the sum of N522,464,978.66 at 23% interest per annum from the date the case was filed and till when Judgement will be delivered and thereafter at the rate of 10% per annum until final liquidation of the debt.

The Judgment Sum due from Tijani Babatunde Folawiyo to AMCON as at February, 2020 was N=727, 967,870.03, being the outstanding judgment sum delivered by the Court on the 30th October, 2017 when the interest element is applied on the judgment sum.

The said Judgment is still wholly unsatisfied as at the time of filing this suit to the amount stated above.

Harvard Economist Sees Emefiele As The Next Obasanjo