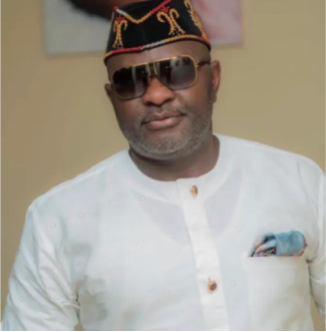 There are reports that the Economic and Financial Crimes Commission (EFCC), has arrested Scott Tommey.

According to the reports, Tommey is being investigated by the EFCC for allegedly collecting bribes on behalf of the former governor of Akwa Ibom State, Godswill Akpabio.

SecretReporters report that the arrest implicates Akpabio, who may soon be invited by the commission as the principal suspect in a N200 Million bribe scandal.

Trouble actually started after a contractor petitioned the EFCC about Tommey’s role in the fraud mess.

SecretReporters reports that during his days as the Minister of Niger Delta Affairs, Akpabio assured the contractor of payment by the Niger Delta Development Commission (NDDC), but could not fulfill his promise before he resigned.

Also, SecretReporters, reports that the amount worth over N4 billion saw the contractor paying the sum of N200M in dollars equivalent to the former Minister of Niger Delta Affairs through Scott Tommey, a proxy allegedly used by the former governor in receiving kickbacks from contractors.

Interestingly, this is not the first time Tommey will be caught up in a mess like this.

In 2020, his company Osmoserve Global Limited was in the news over its involvement in the questionable N4.9Billion Covid-19 intervention fund handled by the NDDC.

This was after it reportedly got the contract for the “emergency supply and delivery of medical equipment and consumables” at the sum of Seven Hundred and Twenty-Nine Million, Two Hundred and Three Thousand, One Hundred and Thirty-Seven Naira, Fifty Kobo (729,203,137.50) despite being an indigenous company that provides marine and engineering services to the oil and gas industry, States and Federal Government parastatals among others.

Identified as one of Nigeria’s silent billionaires, Tommey has been on the radar of the EFCC for a while.

This comes barely hours after the EFCC raided the home of Senator Rochas Okorocha for evading prosecution in an alleged fraud mess.

Return My Money, Jaruma Tells People She Has Help