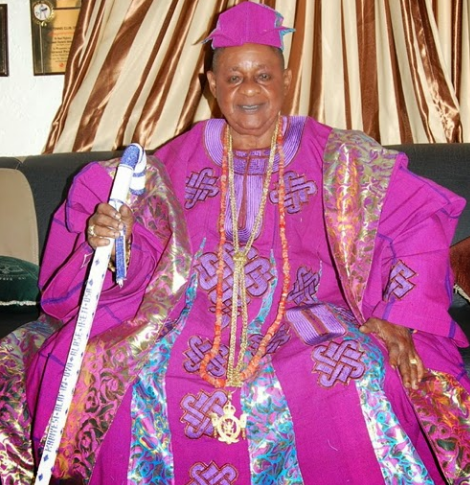 Days back, the Alaafin of Oyo, Oba Lamidi Olayiwola Adeyemi III welcomed two sets of twin from his wives.

The arrival of the children, created a positive chaos in the city of Oyo, as many sang the praise of the 80 years old Alafin of Oyo. 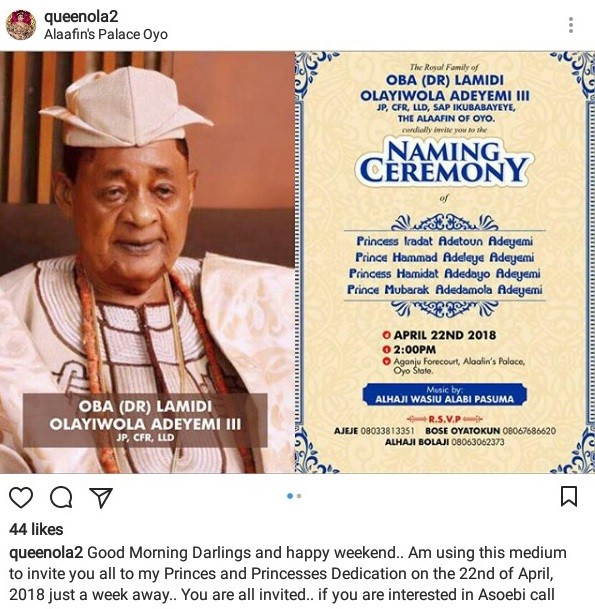 Information regarding the dedication of the four children are now out, as their naming ceremony holds next weekend, Sunday, April 22.

Naming of the children is expected to kick off by 2 pm, with the event holding at the Aganju Fourcourt, Alafin’s Palce, Oyo state.

Information regarding the naming was shared by the mothers of the twins Olori Memunat and Olori Badirat Olaitan via Instagram.

As with any celebration involving the monarch, the naming is expected to be a festival of sort, as an open invitation has been made to all and sundry.

Expected at the event are politicians, monarchs from far and wide and industry personalities, as Fuji musician, Pasuma Alabi has been penciled down as the official musician of the day. 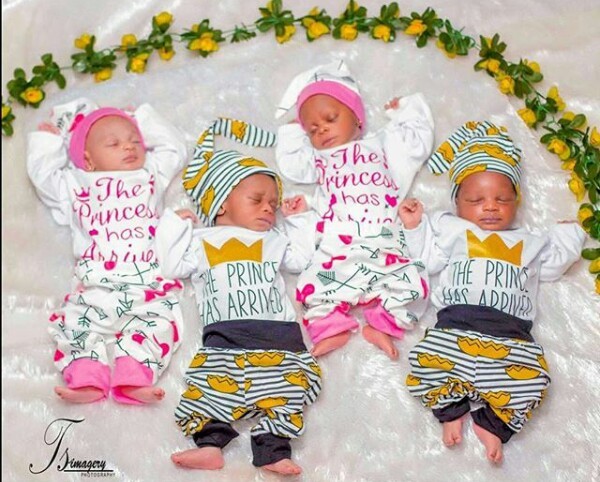 Abubakar Danladi: What Manner Of Reprieve