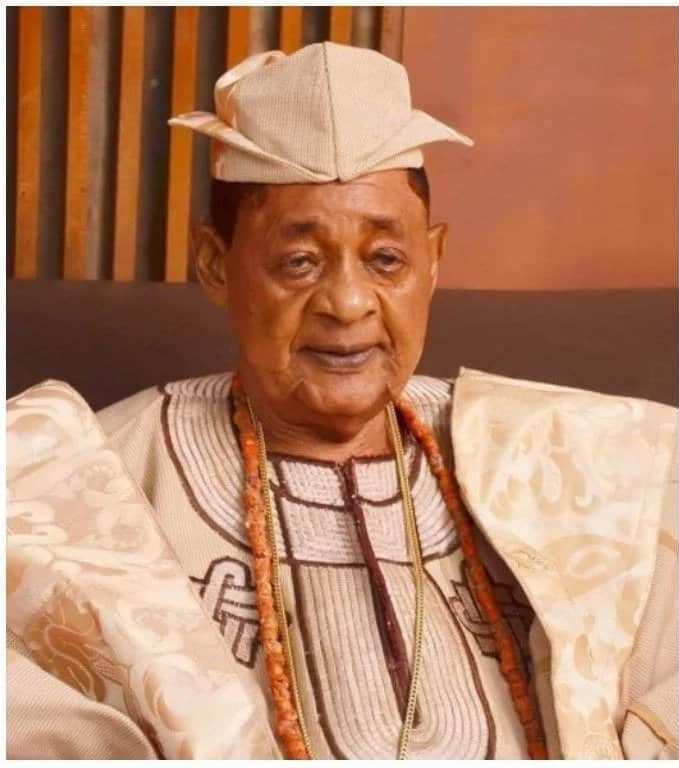 The Alaafin of Oyo, Oba Lamidi Adeyemi, has passed on.

He died at the age of  83 years, and was the longest reigning Alaafin ever, having ruled for 52 years.

The remains of the deceased has since been brought back to Oyo town, having arrived in the early hours of Saturday, April 23.

Alaafin Adeyemi who ruled for 52 years had been sick and was to be flown abroad before he passed on late Friday night.

According to a reliable source, his ticket and those of a few wives were already procured.

Palace sources have also revealed that traditional rites have already began for the burial of the popular Yoruba monarch.

Alaafin Adeyemi’s death follows that of the Olubadan of Ibadan, Oba Saliu Adetunji, and the Soun of Ogbomoso, Oba Jimoh Oyewumi.

Alaafin Adeyemi was born Lamidi Olayiwola Atanda Adeyemi on October 15, 1938 into the Alowolodu Royal House of the famous Oyo town.

He was crowned on November 18, 1970, succeeding Oba Gbadegesin Ladigbolu I. He was known popularly as Iku Baba Yeye.

Meanwhile, the Governor of Oyo State, Seyi Makinde, is expected to make an official announcement upon receiving the report of the monarch’s passing from the Bashorun of Oyo, Yusuf Akinade, the head of the ‘Oyo Mesi’, who will now lead Oyo town before a new Alaafin is installed.

Try Not To Fail As A Parent, TBoss Gives Parenting Advise