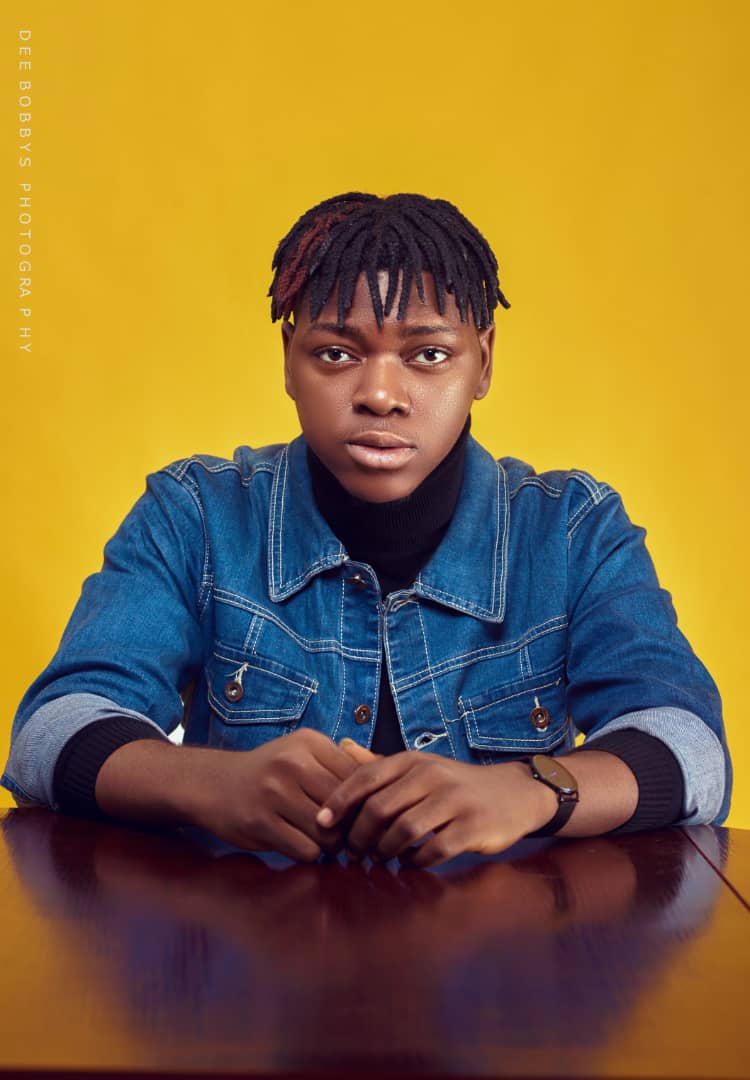 The unassuming new gift to the Nigerian music industry born Damilola Samuel Ogunsanya and popular known as Lil Dee is ready to change the music scene in Naija under the reputable record label, Akad Records.

The talented Afro Hip Hop singer with a unique powerful vocal delivery and extraordinary stagecraft is doing everything possible to make a statement in the most competitive music playground in this part of the world, Nigeria.

The young and talented street pop act who started doing music in 2011 and recorded his first single in 2012 is the second born from a respectable family of five and he is from the South-West in Ekiti State.

Music comes to him naturally because he loves music and he listens to the best of Afro music while growing up.Lil Dee was inspired to do music when he listened to Olamide’s Rhapsody Album and the single titles- Apatijabo and Eniduro were his best tracks.

No doubt, he writes good songs and he is very spontaneous in composing most of his song’s lyrics and he often enters the studio to do his thing without actually writing the songs down, disclosed an associate in Akad Records.

Further findings revealed that music makes him happy and alleviates his worries and the consciousness of good music takes him anywhere, anytime. And, more so hearing good beats always trigger his creativity.Lil Dee, as he is fondly called has been uniquely different since he joined Akad Records who now manages his talent and music promotions under their record label.

Akad Records has dropped his latest trending single and nothing is going to stop the new acclaimed king of Afro-Hip Hop in Nigeria from doing what he knows how to do best.

Surprisingly, those who should know squealed that the airwaves will experience the new hit released by Lil Dee entitled- Owo (Money) which is already unleashing fun in the music and entertainment industry.

We also gathered from the industry watchers that the new single by Lil Dee featuring Jaywon and proudly produced by 3 Brain is recorded to send out warning signals to the self-acclaimed heavyweights in the music industry that he is ready to take over the scene with Owo (Money) that would soon be the power play for most Disc-Jockeys in Nigeria and abroad.Lil Dee is officially and presently signed to Akad Records an entertainment biased company who is passionate about building and managing good talents in and outside the country.

Believe it or not, Lil Dee stands tall among his peers and he has shown what he’s got to send the mediocre off the stage with his delivery, lyrical gusto and persona, which were drawn from him undying passion for Afro Hip Hop music.

The CEO of Akad Records, Mr. Akinwale Ademokoya a reputable young businessman in Nigeria has concluded plans to take Lil Dee to the next level in the show business after waiting for the right time and those in the know disclosed that he’s got the right talents such as Lil Dee to make his music entertainment outfit proud in a matter of time.

For your listening pleasure you can download Owo (Money) the new spanking single by Lil Dee on major online music hubs or follow him on Instagram: @Lildee_9ja and @Akadrecords

l Was A Victim Of Racist Abuse In College-Davido