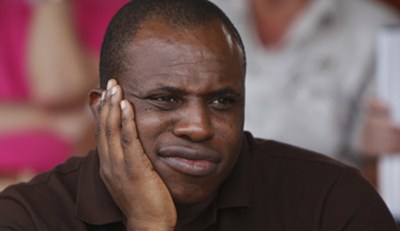 Losing an election is not something which Dimeji Bankole knows how to handle.

The dark-complexioned man was years ago the Speaker of the House of Representatives. His fall from grace, however, came when he failed to return to the exalted post leading to events that plunged him into obscurity.

In an attempt to bounce back, he contested the 2019 gubernatorial election under the ticket of Action Democratic Party (ADP) in Ogun State.

Contesting alongside candidates such as Dapo Abiodun, Adekunle Akinlade, Gboyega Nasiru Isiaka and Buruji Kashamu, Bankole’s chances were indeed slim, as Abiodun was declared the winner of the Saturday, March 9 election.

The loss of the election appeared to have hit Bankole hard, as the man has gone underground again.