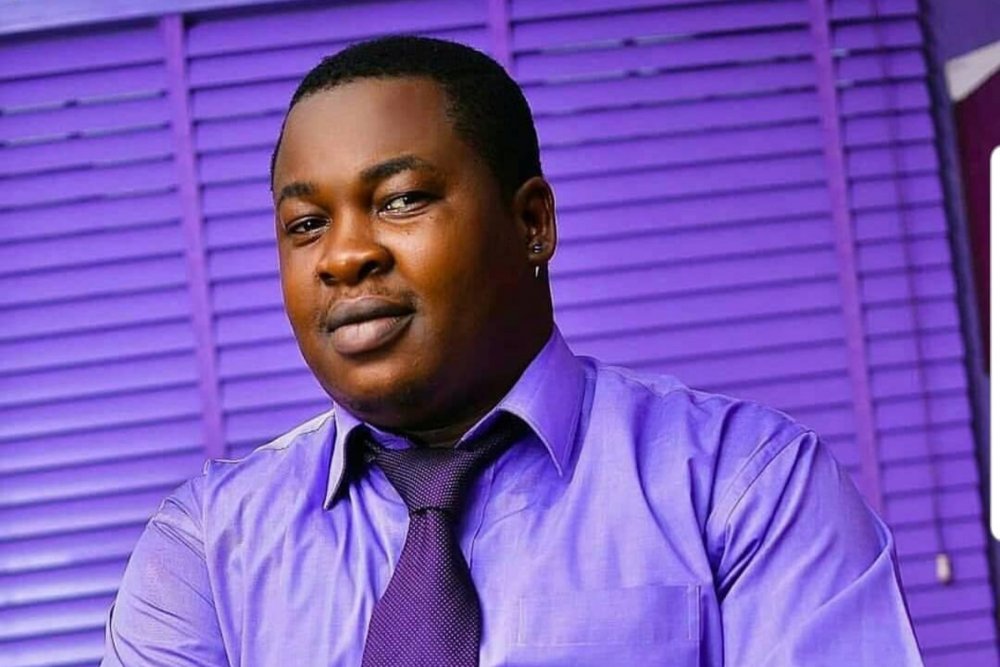 Comic actor, Babatunde Bernard is in a happy mood as you read this.

After two failed marriages, the actor who is popular as Baba Tee has welcomed a baby boy with his third wife.

Recall that the actor had two failed marriage having first tied the nuptial knot with Yetunde Oduwole, an actress who later dumped him. 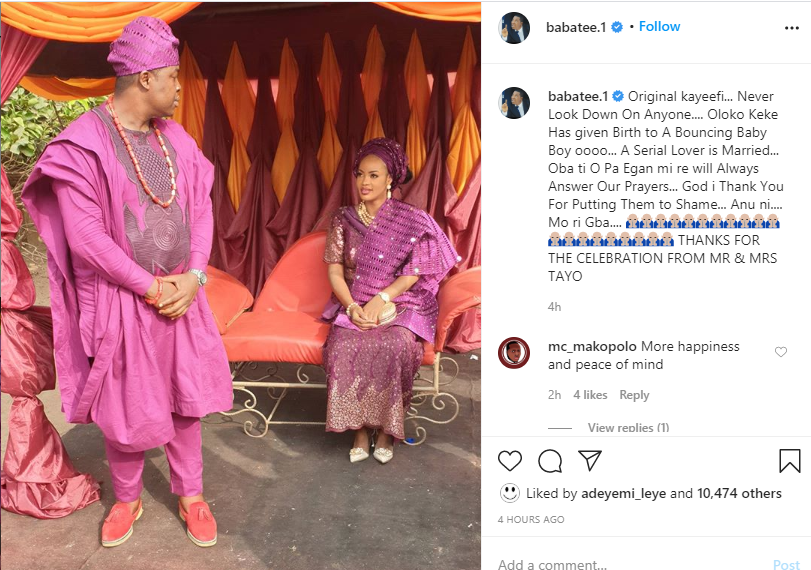 His second marriage with Dupe Odulate crashed in 2019 with no offspring to  show for the union.

Celebrating being a father, the actor dropped a shade at both of his former wives  on Instagram, stating that the man with the small pen.s had welcomed a son, adding that all those who mocked him have been put to shame.

Original kayeefi… Never Look Down On Anyone…. Oloko Keke Has given Birth to A Bouncing Baby Boy oooo… A Serial Lover is Married… Oba ti O Pa Egan mi re will Always Answer Our Prayers… God i Thank You For Putting Them to Shame… Anu ni…. Mo ri Gba…. THANKS FOR THE CELEBRATION FROM MR & MRS TAYO

The Men’s Club Returns With A Bang