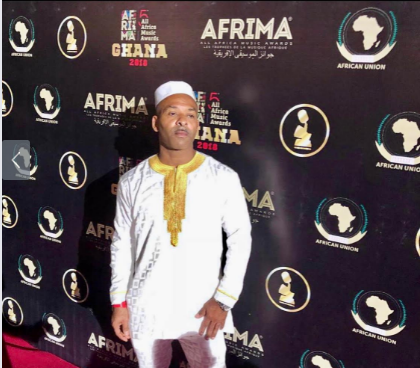 It brings us great sadness, as we at All Africa Music Awards (AFRIMA) commiserate with the family of the late veteran Ghanaian disc jockey, Rab Bakari, aka DJ Rab, whose artistry shone so brightly that it illuminated the entire African country.

It can be recalled that the late hip-life pioneer and DJ, drowned during the Asa Baako festival, on Sunday 6th March, 2022, at the Busua Beach, in Ghana. He passed on at the age of 57 while celebrating his country’s 64th Independence.

The entire community at AFRIMA is deeply pained by his unfortunate demise, and will forever cherish his stellar work with our community which he impacted over the years, with his stellar work ethic and ingenious ideas to our activities and panels. It can be recalled that DJ Rab served heartily at AFRIMA a member of our 13-man juror, specifically overseeing the entries from our Diaspora acts.

DJ Rab was a torch blazing across the continent, spotlighting its potential, especially across the cultural and creative sector. His deep devotion to his craft is reflected boldly in his creations, especially with his radical genre-bending (Hip-hop and Highlife), disc jockeying, as well as artiste development.

DJ Rab also carried his wits and positive radicalism to several other impactful platforms such as the Social Media Week, Kenya Music Week, Ghana DJ Awards, among so many others. He will be truly and dearly missed!

Tell Me One Thing That Is Working In Nigeria, Peter Okoye Ask Fans