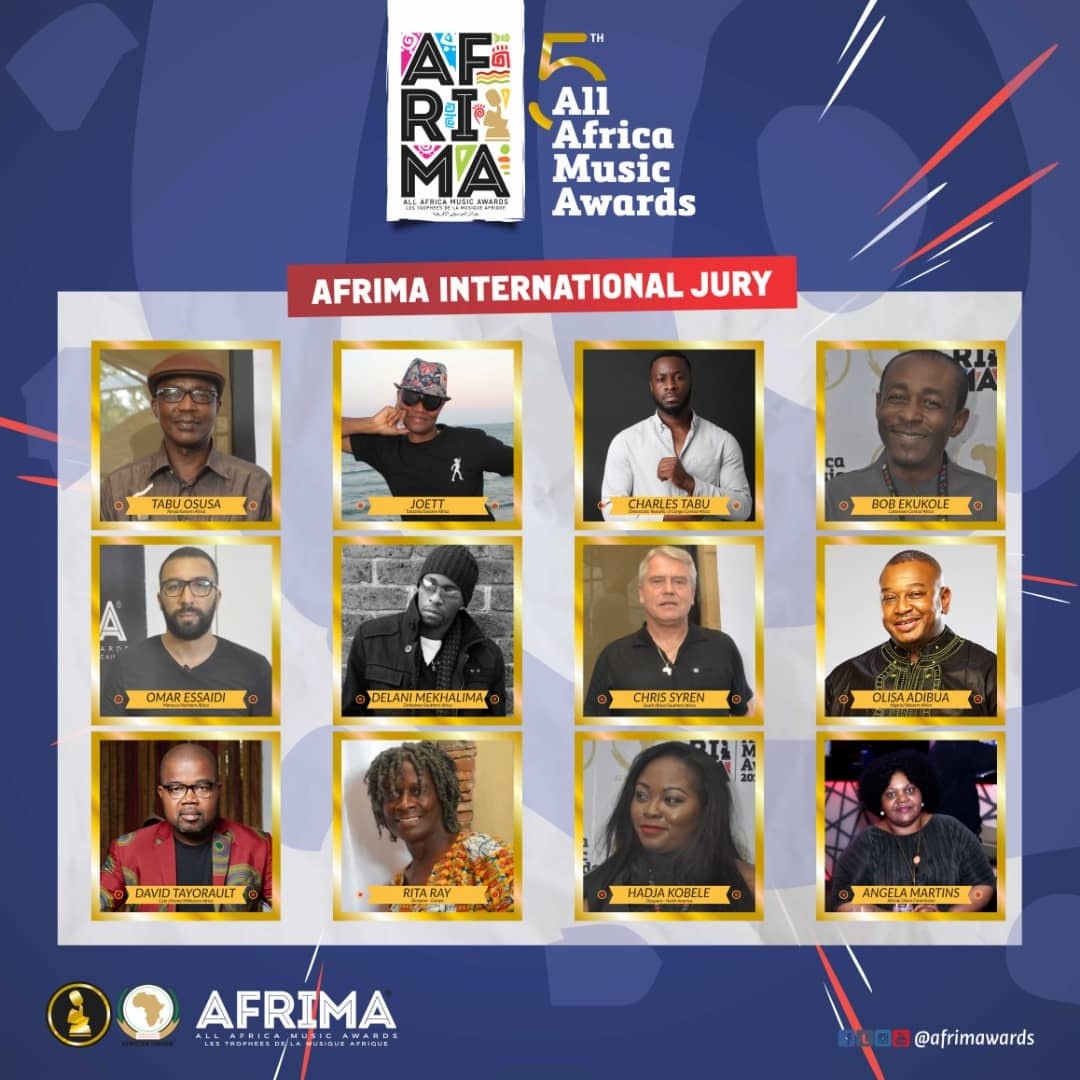 The 13-man International Jury of the All Africa Music Awards, AFRIMA, will arrive Lagos, Nigeria on Wednesday, August 8, 2018 ahead of a week-long adjudication process following the closing of entries where 8,009 songs/videos were received for the 5th edition of the annual awards event.

From Thursday, August 8 to Tuesday, August 14, event hospitality partner, Eko Hotels & Suites, Victoria Island, Lagos, Nigeria, will provide a secure venue for the AFRIMA International Jury members representing the five regions of Africa, the diaspora (Europe and North America) and the African Union Commission who are tasked with the responsibility of deciding which artistes and or recordings make it to the 5th AFRIMA Nominees List that would be unveiled to the world on Tuesday, August 14.

The Jury’s responsibility involves screening, categorising, assessing, grading and selecting nominees into the 38 different Regional and Continental awarding categories who will vie for the 23.9 carat gold-plated AFRIMA trophy.

Bringing their span of experience and professionalism to play and boundless knowledge in African music, culture, and entertainment, the week-long process will have the jurors working with expected fairness and transparency to arrive at a truly representative 5th AFRIMA Nominees List which reflects the creative energy and output of African music talents between the review period of August 1, 2017 to August 1, 2018.

The eminent AFRIMA International Jury is populated by two members drawn from each region of Africa. One African music professional each representing the Diaspora; (i.e. Europe and North America), and a representative of the African Union Commission.

Occupying one of the slots for Eastern Africa is Tanzania’s Joett, a veteran vocal coach and artiste development manager whose song writing skills earned him registered membership of the American Society of Composers, Authors and Publishers (ASCAP). On the other hand is Tabu Osusa from Kenya. The veteran music professional has spent more than three decades in music production and promotion. He has chaired several musical projects within and outside Kenya.

Representing Central Africa from Democratic Republic of Congo, DRC, is Charles Tabu, a Music Executive, with wide experience in artiste management and promotion. Charles has worked with major record labels across the continent including Sony, Universal and Warner. The second jury member for Central Africa is Bob Ekukole, a renowned Cameroonian media and music professional with 29 years of experience in media and broadcasting. He is currently the Director, TV Programmes and Production, Cameroon Radio and Television, CRTV.

Northern Africa is represented by Omar Essaidi, a Moroccan music programmer and artistic director. He brings to bear his practical experience as judge/jury for several musical contests in Northern Africa.

Zimbabwean radio DJ, Delani Makhalima, takes up one of the two slots for Southern Africa. The entertainment & media executive has also honed his professional experience in song writing and music composition in region. Filling the other slot is South Africa’s music professional, Chris Syren who is the co-founder and director of Making Music Productions (MMP), a music production company that has played a vital role in music promotion in South Africa.

Meanwhile, the African Union, the International Committee of AFRIMA and the International AFRIMA Jury commiserate with the family of a former AFRIMA Jury member, the late Oskar Kidjo, a renowned singer, music producer and practitioner, who passed away on July 11, 2018. In a condolence letter addressed to the Kidjo family, AFRIMA writes “We laud his service towards the development of African music and in promoting and producing top Beninoise music artistes such as the multiple Grammy award winner and multi-talented musician, Angelique Kidjo. Not forgetting also his expert contributions as a member of the 13-man Jury of AFRIMA whose service on the Jury for three conservative years, 2014 to 2016, helped to determine the awards’ African nominees”.

In its 5th edition, AFRIMA, the biggest music awards event in Africa, in partnership with the African Union Commission, recognizes, celebrates and rewards musical creativity and talents across the continent and globally. AFRIMA promotes Africa’s rich cultural heritage and endless possibilities to the world for global competitiveness.

The 5th AFRIMA is scheduled to hold in November 2018 and programme of events will include the Africa Music Business Summit; The AFRIMA Music Village and the Main Awards Ceremony. These events will be broadcast live to over 84 countries around the world.