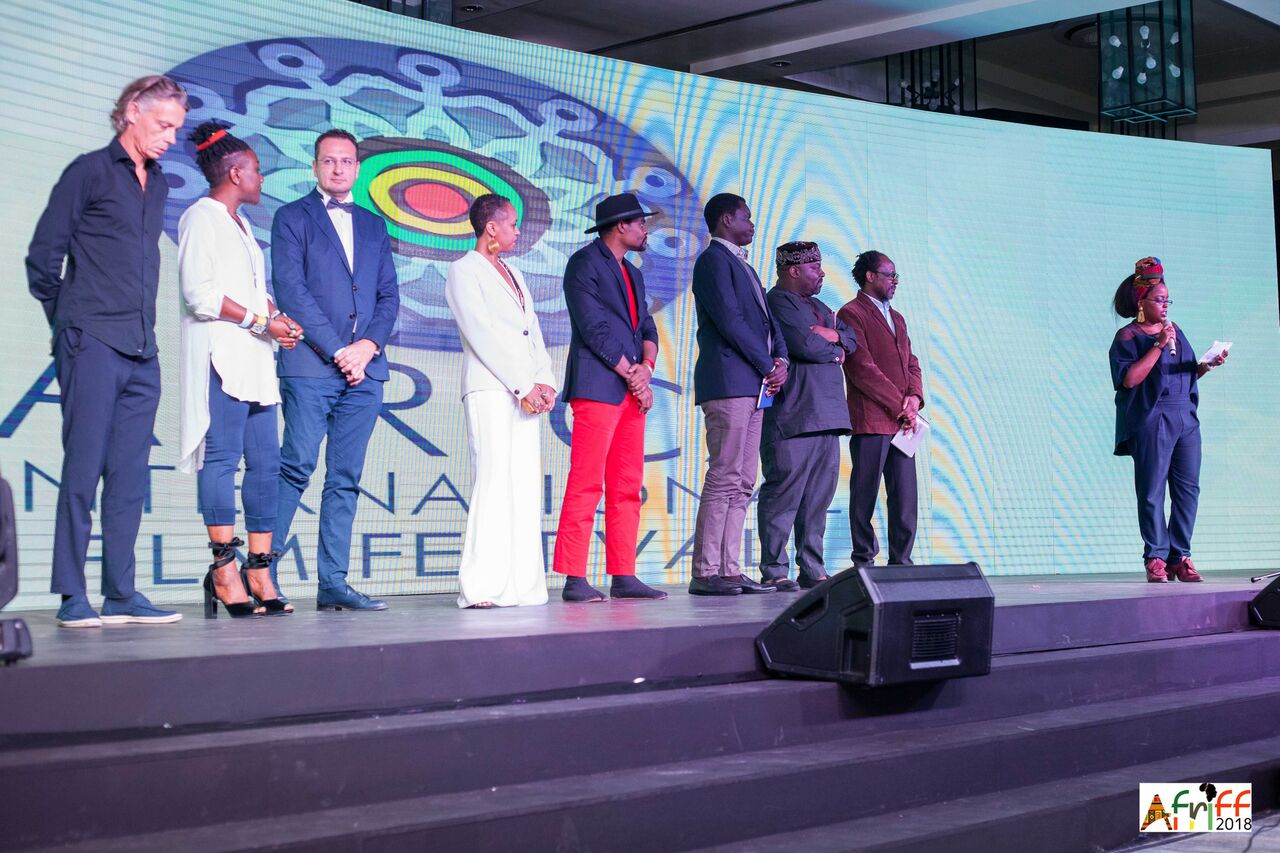 The curtains drew on the eight edition of the Africa International Film Festival, AFRIFF at a very colourful ceremony attended by A-list movie personalities from Nigeria and the rest of Africa.

The well-attended event held at Twin Towers, Lekki, Lagos, Nigeria attracting a rainbow outlook of young and established filmmakers who had gathered from different African countries to witness the climax of the seven-day movie fiesta. Leaving their footprints in their elegant best were filmmakers from Ghana, South Africa, Uganda and host nation, Nigeria.

South Africa topped the list of winners at the festival’s main awards night, with four awards. This year’s opening South African film, ‘Sew the Winter to My Skin’ nabbing the award for ‘Best Director’ and Ezra Mabengeza winning the award of the Best Male Performance.

To complete the South African domination was Ramothopo the Centenarian by Riaan Hendricks which won Best Documentary and ‘Not in My Neighbourhood’ by Kurt Orderson getting Special Jury Award for Outstanding Film.

Ghanaian actress, Asana Alhassan bagged the Best Female Lead Award in the film Azali and was presented with N250,000 cash. Azali also went on to notch two other awards namely Best Feature Film and Best Screenplay to complete a hattrick of awards.

Standing tall to be counted among winners on the night were the duo of Nigerian filmmakers, Stanlee Ohikuare and Adekunle “Nodash” Adejuyigbe. Ohikuare’s Coat of Harms won Best Short while Adejuyigbe’s ‘The Delivery Boy’ won the Best Nigerian Film. Stanley who won the Best Short Film went home with a cash prize from Access Bank.

According to organizers, about 30 Nigerian films made it to the final list of the 140 films that were screened at the 2018 edition of AFRIFF.

In demonstration of their support for the arts, foremost financial intuition, Access Bank rewarded various award-winners with cash gifts. The support from the bank was even more accentuated with the presence of its Group Managing Directors/ Chief Executive Officer, Dr. Hebert Wigwe.

Pledging the sustained support of Access Bank, Dr. Herbet Wigwe said, “there’s so much that brings this continent together, and film is a wonderful vehicle for showcasing these things. We are here to empower AFRIFF year after year, because the work they do is important to celebrating work born in Africa. Access Bank will continue to work with people and organizations who are showcasing the very best of the African continent and championing art and creativity in Africa.”

Speaking at the award, Newton Aduaka, the well-travelled Artistic Director for AFRIFF noted, “The Many Face of Woman was a visual exploration of the portrayal of women in cinema that raises discussions on a central question, ‘What is a woman? Some of the selected films were made by female directors and/or about women as central protagonists Others were directed by male directors wuth their gaze on and the interpretation of being a woman.”