The life of actress Ifu Ennada is of controversy and drama.

Many would remember how the ex-Big Brother Naija housemate alleged that she was almost sexually abused by a certain man as a teenager.

The actress is back again. This time, Ennada, is revealing informations regarding  how poverty almost made her act in an adult movie at the age of 15.

She revealed that she was offered the role by a man who told her the money from the movie would liberate her family from poverty.

However, she revealed that she turned down the offer knowing that God would bless her.

Below is what she wrote:

‘I remember how some man almost forced me into acting in Child Pornography. He said the money was good and would help liberate my family financially, but I knew that life wasn’t for me. I just knew God would bless me and it wouldn’t be from sleeping with people to get money or acting in such immoral films‘ she said.

She went on to say, ‘I don’t even know where the man is, last I heard of him, about 7yrs ago, he was terribly sick. Wetin I never see for this life? BeautIFU people of God, my story is changing one day at a time, if God can lift me up and change my story, he can do the same to you. Don’t give up, keep working, have faith, your breakthroughs are closer than you think. —

‘My face was always significantly darker than my body because trekking long distances and hawking was a major part of my life then. I’m very grateful to God. I’m grateful to everyone one of you supporting me and making sure I stay on top. I love you all’. 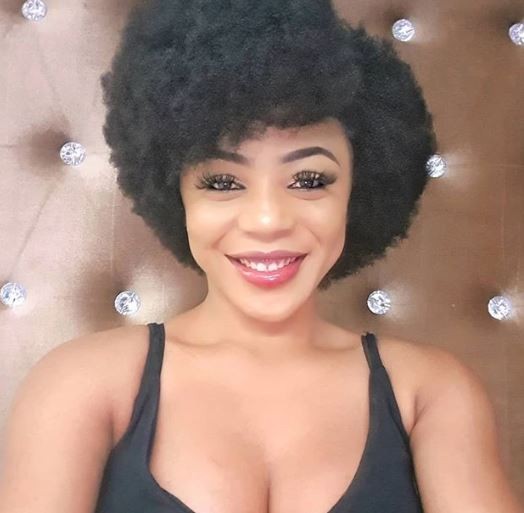