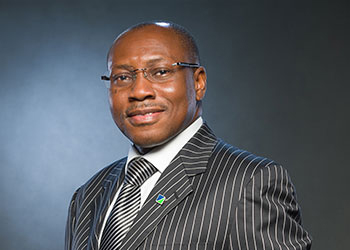 Though Otunba Seni Adetu’s stay as Chief Executive Officer and Managing Director of Guinness Nigeria Plc was short, it was also memorable.

Hence, when he bided the company farewell, those who knew him affirmed that it was only a matter of time before he got tapped up by another corporate giant.

Three years after making his entrance as an Independent Director at Fidelity Bank Plc, Otunba Adetu is having the time of his life.

The dark-complexioned and bubbly man was one of the faces at the recently held Annual General Meeting (AGM) of Fidelity Bank Plc.

SHAREHOLDERS COMMEND FBNHOLDINGS AND BELIEVE THE FUTURE IS BRIGHT