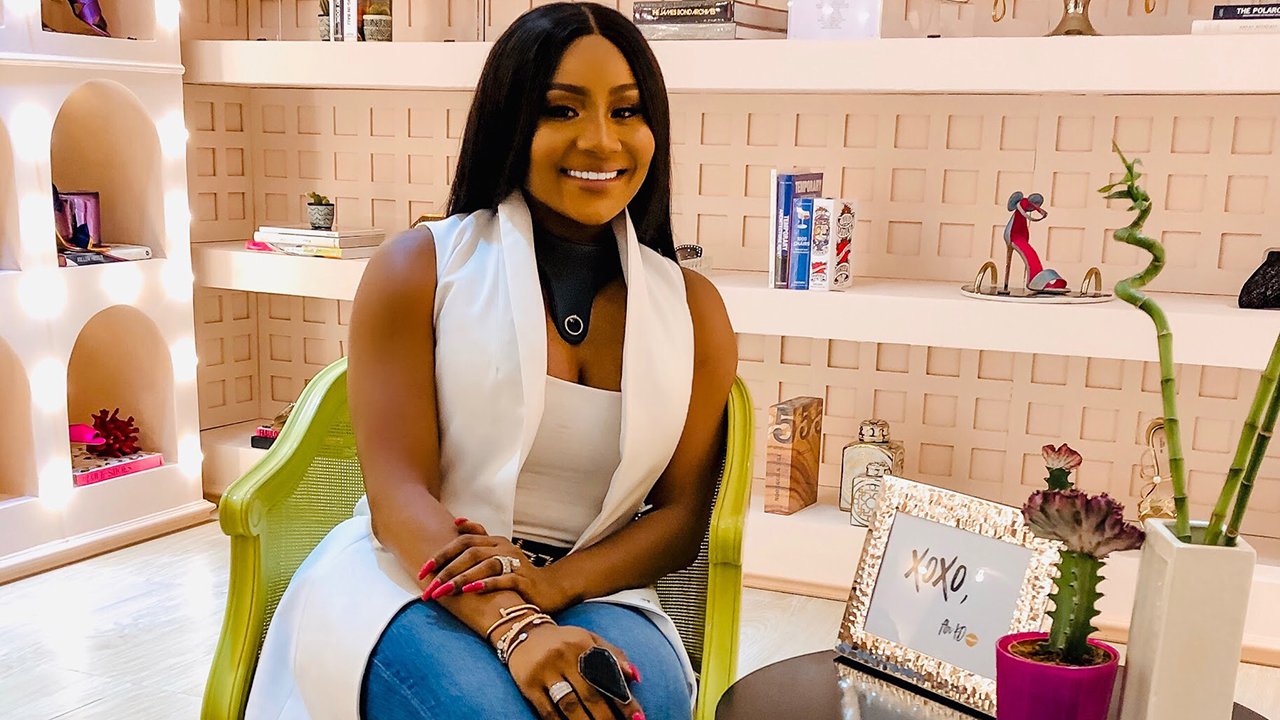 The daughter of late former Oyo governor, Abiola Ajimobi, stated this after she was spotted in a video watching her husband Kolapo eating at an event on Saturday, October 30.

Reacting to comments that followed the video, the mother of three took to social media to express her feeling about her action.

She wrote, “Yup I watch him eat…And place a napkin on his lap. Spoil your man while letting him know that you are irreplaceable. It’s the little things. (Felt like preaching) #inspiration.” 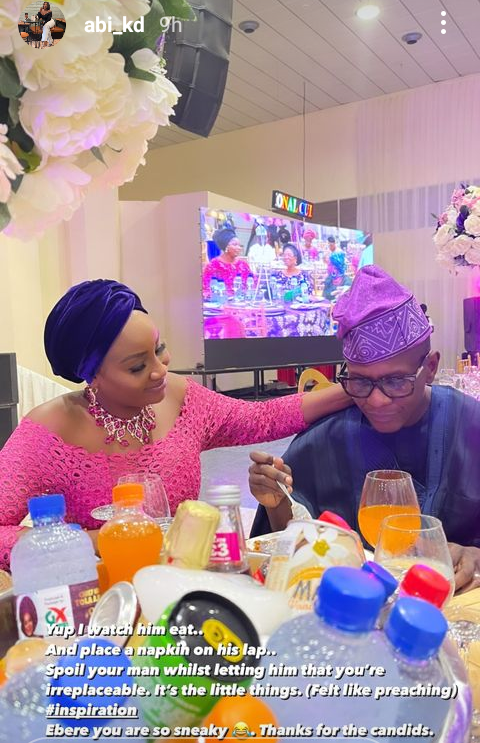 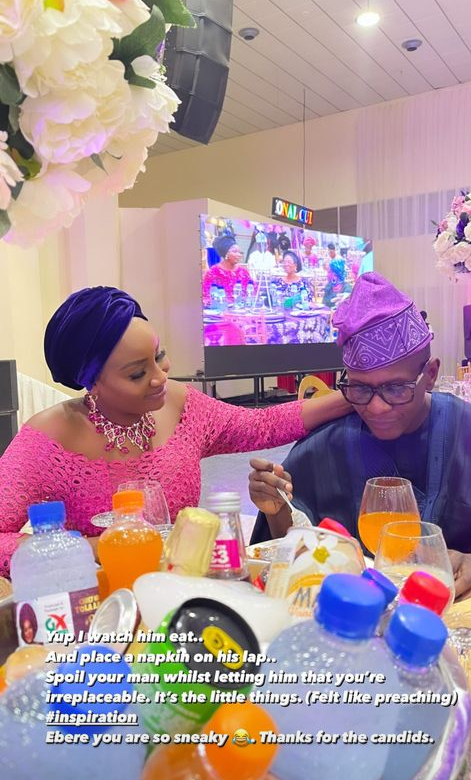 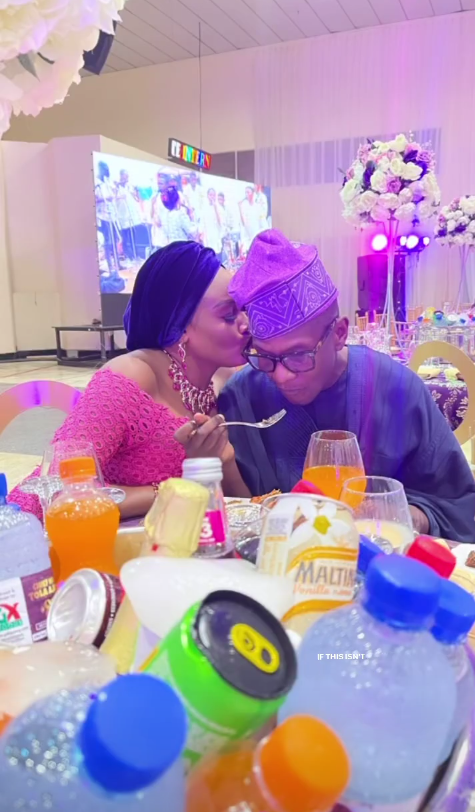 No Drums As Patience Jonathan Turns 56