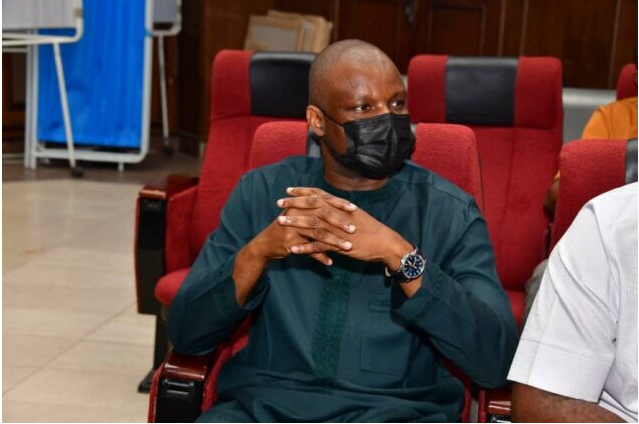 Suspended Deputy Commissioner of Police, Abba Kyari has once again been denied bail by a Federal High Court sitting in Abuja.

Kyari, and three others were denied bail by the court.

Kyari and three defendants had in their bail application argued that new facts relating to the Kuje Prison break and alleged threat to their lives warranted their fresh application.

In response, the National Drug Law Enforcement Agency (NDLEA) raised an objection arguing that they have not demonstrated how the new issues will not make them jump bail.

Delivering juddment on the bail application this morning, Justice Emeka Nwite agreed with the NDLEA legal team that the defendants have not demonstrated how they will not jump bail and interfere with the administration of criminal justice.

Further, the court held that a threat to life in a detention facility is not a factor for granting bail.

The prosecution in its counter affidavit had submitted that Kyari and his co-defendants are flight risks as they would tamper with the money laundering investigations and the witnesses lined up for the trial.

The court had earlier made a pronouncement on the bail of the defendants and that there is nothing placed before the court to warrant a reconsideration of the earlier pronouncement of the court.