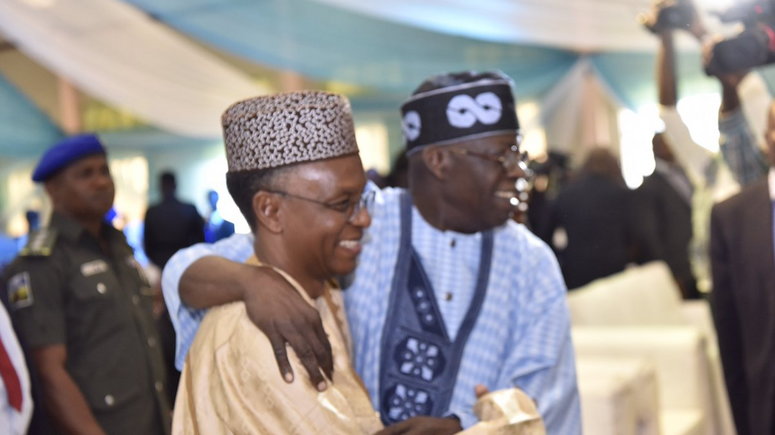 There are speculation about a secret alliance between Mallam Nasir El-rufai and Asiwaju Bola Ahmed Tinubu, ahead of the 2023 Presidential election.

The rumour was recently fueled by Bashir El-rufai, a son of Mallam Nasir El-rufai.

Bashir left many wondering what the bigger picture truly looked like when he hinted at the possibility of his father contesting on a joint ticket with Asiwaju Bola Ahmed Tinubu.

Announcing the alliance, he tweeted a photo of his dad and Tinubu with the caption ”Southwest & Northwest. A sacrosanct alliance for the betterment of Nigeria!”

Presently, Mallam El-rufai is the Governor of Kaduna State, while Tinubu is the National Leader of the ruling All Progressives Congress (APC).

While Tinubu is yet to declare his interest in contesting the 2023 presidential election, his name has been consistently surfacing among the likely contenders to be the next President of Nigeria.

Bashir’s tweet has been causing reactions on social media with the tweet already having over 200 retweets and almost 1,000 likes from his followers.