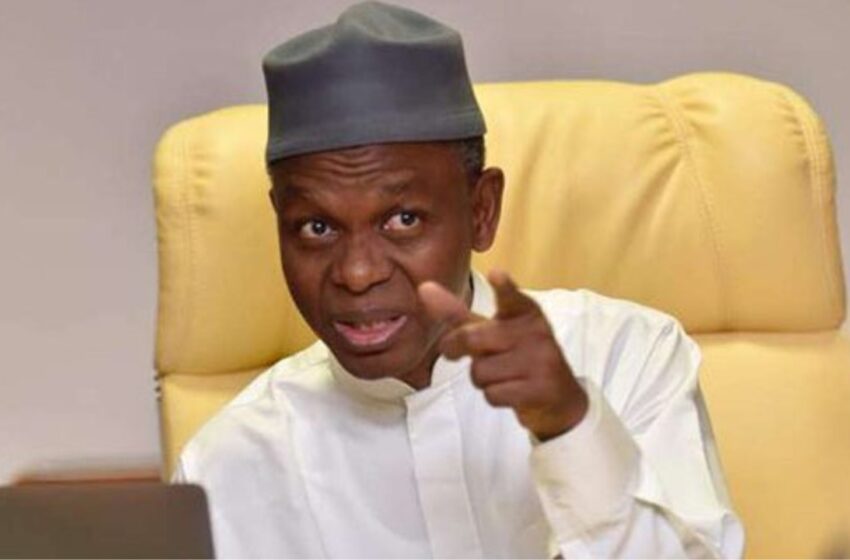 Speaking on the supposed ambition, El-Rufai distanced himself from the posters of him and the Minister of Transport Rotimi Amaechi flooding the Federal Capital Territory (FCT).

Recall that the 2023 campaign posters of Amaechi and El-Rufai were sighted in Abuja on Tuesday, November 3.

The posters had the face of Amaechi for president and El-Rufai as the vice president and bore the inscriptions: “it’s time to do more” and “today may not be the best, but tomorrow will be better.”

However, speaking with journalists on Friday, November 6, after meeting with the Vice President Yemi Osinbajo, El-Rufai denied knowing those behind the posters.

He also stated that he has contacted the Transport Minister about the development which he also denied.

“I don’t know who is printing those posters, wasting his or her money printing posters. I heard about them. I called Minister, Amaechi, and asked him whether he knew anything about them; he said he didn’t know.

“I think we need to trace who is doing it and ask that person. I am Governor of Kaduna State; I have job to do. I haven’t delivered on the promises I made to the people of Kaduna State. Until I do that I don’t want to discuss anything.”

On the possibility that he would vie for the presidential ticket in 2023, the governor said he has been persuaded to run but he is keen on making history as the best governor of Kaduna.