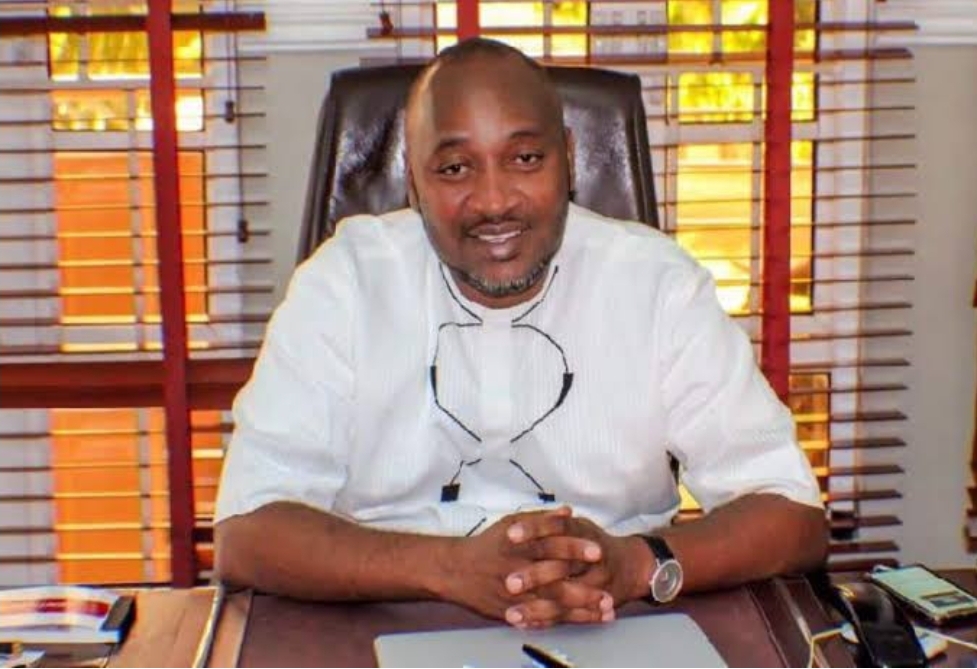 Ahead of the 2023 general election, the African Democratic Congress (ADC), has suspended its presidential candidate, Dumebi Kachikwu.

The party announced his suspension in a statement released on Saturday, September 3, by the Deputy National Chairman (Politics) of the party, Bamidele Ajadi.

In the statement, Ajadi accused Kachikwu of making “defamatory” statements that contravene the values of the ADC.

He said the decision on the candidate’s suspension was taken on Friday, September 2, at an emergency National Working Committee (NWC).

The party stated categorically that it considered Kachikwu’s action as, “smacking of crass irresponsibility, gross indiscipline, disingenuous scandalization and blackmail and completely unfit of someone who wants to be President of Nigeria.”

Ajadi wrote in the statement: “The NWC viewed with great concern the baseless and defamatory video made, published and circulated by Mr Dumebi Kachikwu, which was intended to disparage and impugn the integrity and image of a peaceful and transformation-oriented African Democratic Congress and its national officers.

“The party noted that Kachikwu’s speech in the said video contravened the principles and values upon which ADC was founded and the specific provision of Article 16 of the ADC Constitution.

It continued: “Act(s) conduct or utterances likely to bring the party into hatred, contempt or ridicule; engaging in dishonest practices, defrauding the party, its members or officials; engaging in anti-party activities; unauthorized publicity of Party dispute or fractionalization or creating parallel Party organ(s) at any level; engaging in any other activities likely to cause disaffection among Party members or likely to disrupt the peaceful, lawful and efficient conduct of party business; belonging to any such factional group or organ; collusion or conspiracy to convene unauthorized meetings, shall constitute acts of gross misconduct.

“Ajadi also said the candidate, since his emergence on June 9, has also “refused to share with the party any meaningful, constructive or reasonable Presidential Campaign Roadmap for the forthcoming presidential election.

He added: “His negative actions and/or inactions so far, have put in jeopardy the fate and prospects of all our candidates contesting for various offices across the country. The committee of the whole house, in a very clear and unequivocal term, condemned the said video in its entirety and described it as a piece of badly crafted blackmail and mudslinging, and thereby unanimously recommended his immediate suspension from the party from today, Friday 2nd September 2022.

“This resolution would be forwarded to the National Executive Council for further actions.”

I Am More Of An Eagle Than A Parrot–Tinubu

Politician Dies A Week After Being Unveiled As Gubernatorial Candidate