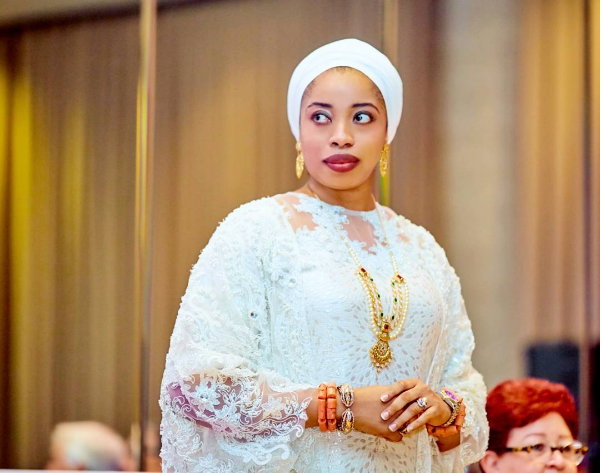 The snow maintains a very visible presence until the sun rises. This is a fact.

It is also the story of Her Highness Zynab Otiti-Obanor, erstwhile Olori of Ife Kingdom.

In the wake of her divorce from the Ooni of Ife, Ooni Ogunwusi Adeyeye, Otiti-Obanor, was everywhere as she tried to maintain appearance.

Always clothed in white attire, a fashion taste she inherited from her time as Olori, it was important not to appear heartbroken and rejected.

Awards came from left and right and she was even honoured with a United Nation Humanitarian Award.

The charade, however, appears to be over, as the fair-complexioned woman seems to have embraced hibernation, thinning out.

Unlike in the days when she used to be out and about, Otiti-Obanor’s presence at social gathering is now far and in between.

Toyin Lawani Bares It All In Picture