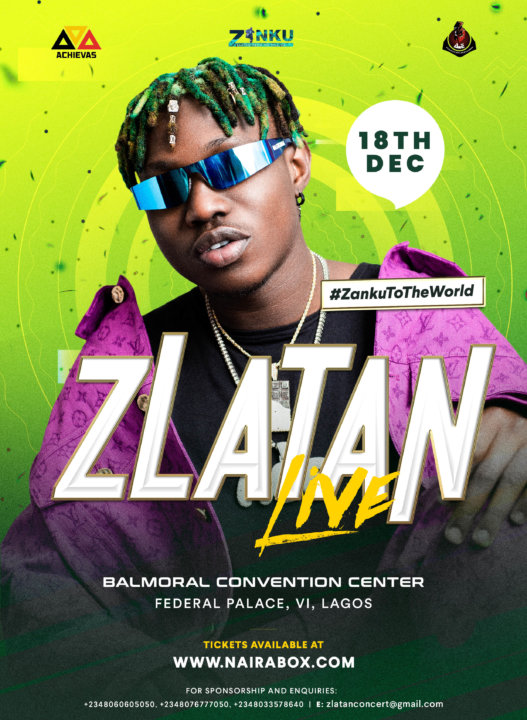 The concert which will be his first ever will hold at the Balmoral Convention Centre, Federal Palace Hotel, Victoria Island, Lagos on the 18th of December 2019.

Speaking on the concert, Zlatan assured his fans to expect entertainment with his energetic Zanku moves, music collaborations and other exciting activities.

Zlatan has had an amazing year and the best way to sum it all up is with a concert for his fans.