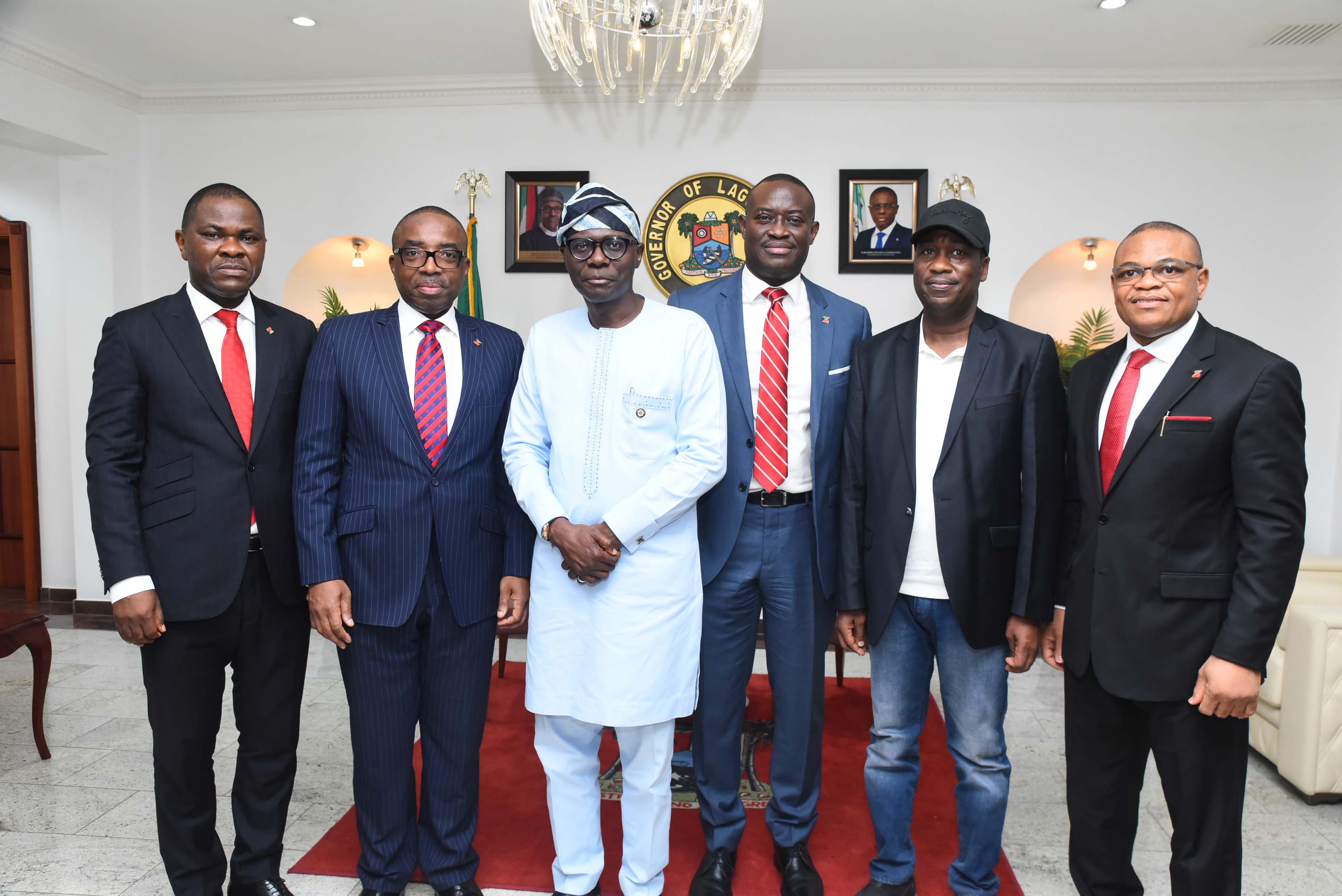 Zenith Bank Plc, Nigeria’s leading financial institution, has donated N100 million to the Emergency Relief Fund set up by the Lagos State Government for the victims of the Abulo-Edo explosion.

The Group Managing Director/ Chief Executive Officer of Zenith Bank Plc, Mr. Ebenezer Onyeagwu made the pledge on Wednesday, March 18, 2020, when the Management of the Bank visited the State Governor, Mr. Babajide Sanwo-Olu, at the State House, Marina, Lagos to condone with him and the good people of Lagos State on the unfortunate incident of March 15, 2020 which led to the loss of lives and properties at the Abule-Ado area in Amuwo Odofin Local Government Area of the state.

Speaking during the visit, Mr. Onyeagwu said: “For us in Zenith, we share in the concerns and the very traumatic experience that Lagos state is passing through. Our thoughts and prayers are with the families of the victims, those who lost their lives and those who are still in the hospitals, recovering. We can only but pray that God will comfort the families. We are also very impressed with the fact that the response from the Lagos State Government was quick, rapid and immediate. There is nothing you can do to quantify the loss of lives. The only thing one can do is to ameliorate the sufferings, the pains and the discomfort of those who have been terribly impacted. So, we would like to let Mr. Governor know that we share with him at this moment. We are aware that you’ve also set up a relief fund account and we are willing to make an immediate contribution of N100 million”.

On his part, the Lagos State Governor expressed his sincere appreciation to the Management of the Bank for taking time out of their busy schedule to embark on the sober visit and stand with the State Government in this trying moment. While thanking the bank for the N100 million donation to the emergency relief fund set up by the State Government for victims of the explosion, he also expressed his delight at the bank’s acceptance of the offer to co-house the fund.

Mr. Babajide Sanwo-Olu had on Monday while speaking with stakeholders and journalists at the explosion site, disclosed that a N2 billion Abule Ado/Soba Emergency Relief Fund had been set up for the victims. He said the state government have donated N250 million to the fund and solicited for support from all Nigerians including the private sector.