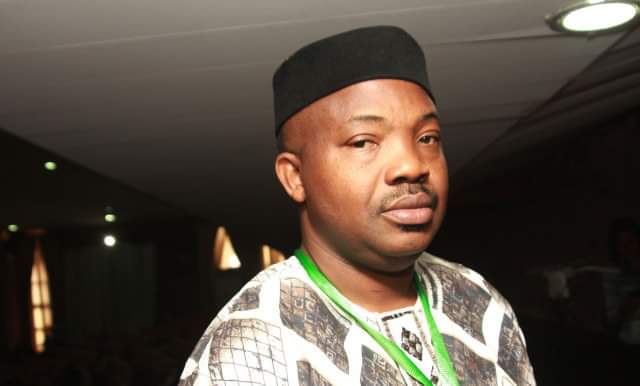 The Arole Oduduwa and Ooni of Ife, Ooni Adeyeye Enitan Ogunwusi Ojaja II has described late Chief Yinka Odumakin, who until his death was the spokesman of the Yoruba sociocultural group; Afenifere, as an unforgettable patriotic descendant of Oduduwa and a positive factor in Nigeria’s democracy.

In a condolence piece by his Director of Media and Public Affairs, Comrade Moses Olafare, on Saturday, Ooni Ogunwusi described Odumakin’s death as a rude shock, lamenting that Chief Odumakin died when the Yoruba nation in particular and Nigeria at large needed him the most.

“The news of Odumakin’s demise was a very bitter pill to swallow for the entire country and to us particularly in the House of Oduduwa. He was a disciplined Yoruba leader who has been one of the loudest pro democracy voices in the country.

“The unbeatable fact about this great patriot is that he served the Oodua race incorruptibly till his death enhanced Nigeria’s democracy through his countless calls and actions for justice and equity. He was a blunt dogged fighter who never compromised his struggle for the betterment of his Oodua race and that of Nigeria for personal friendship.

“One of the good traits of this unique man is his consistence while calling for a fair and just society either in his personal capacity as an ever-proud comrade or the spokesman of the prominent Afenifere.

“As a disciplined caller for a perfect democratic Nigeria, he did not miss personal opinions and sentiments with his activities towards nation building. A clear example was his repeated criticism of some policies of the President Muhammadu Buhari led government despite having a good relationship with the president who described him (Odumakin) as a great Patriot.

“Oodua race indeed lost a hero. His shocking death has left us with the great challenge of continuing in the pursuit of a better society for all, we must sustain the strive for a better democracy and realize the most-cherished vision of the late Odumakin which is a greater Nigeria for all.

“While I pray I wish the departed soul an eternal rest in the bossom of his creator, I pray that the Almighty Olodumare gives his beautiful wife, lovely children, relatives, friends and associates globally the fortitude to bear this irreparable loss,” the Ooni said.

Related Topics:Ooni of IfeYinka OdumakinYINKA ODUMAKIN; A DOGGED FIGHTER; AN UNFORGETTABLE HERO - OONI OF IFE
Up Next

Jandor Felicitates with Christians at Easter