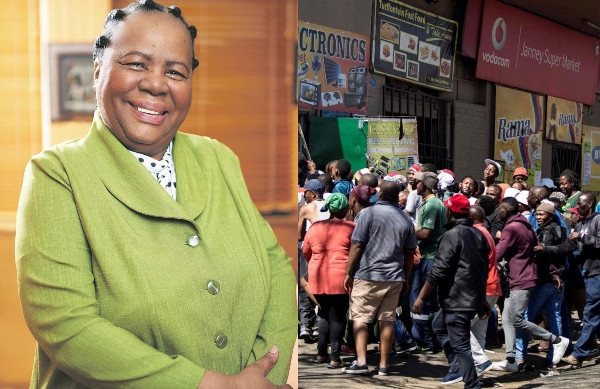 In the wake of ongoing criticisms and condemnation trailing South Africa over xenophobia attacks on Nigerians and other foreign nationals, the South African Minister of foreign affairs, Naledi Pandor, has stated that many Nigerians living in the country are involved in drug and human trafficking.

Pandor, made the disclosure in an interview while reacting to the criticisms that has trailed South Africa’s security operatives who have watched while the attacks against foreigners continued.

Asked by eNCA if security agencies have helped in protecting foreigners including Nigerians, Naledi Pandor said;

“I would appreciate them in helping us as well to address the belief our people have and the reality that there are many persons from Nigeria dealing in drugs in our country.

“I believe that Nigerian nationals are involved in human trafficking and other abusive practices.

“These kind of assistance of ensuring that such persons do not come to our country will be of great assistance to our nation.”

Recallthat shops belonging to Nigerians were looted while their properties including cars were burnt during the recent xenophobic attack in South Africa which sparked an outrage. Though the Nigerian government has demanded for compensation of Nigerians affected by the attack, Pandor had earlier stated that there is no provision for such