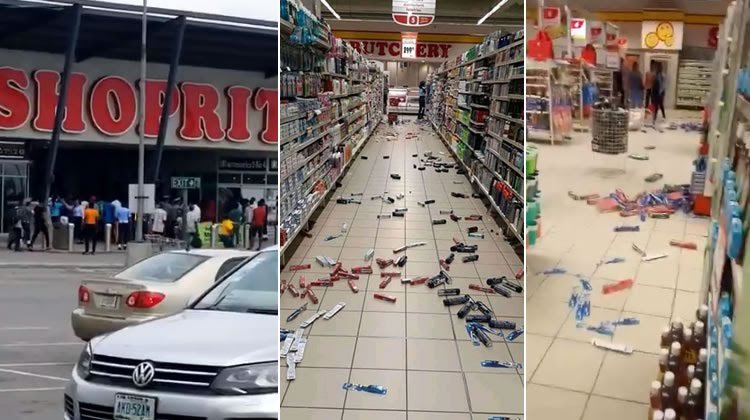 Nigerians have reacted violently to the xenophobia attacks on their country men in South Africa.

Following the continous killing of foreigners and burning of their investments, Nigerians in Lagos stormed Shoprite a known South African shopping mall in Lagos State to protest the anormaly.

Early today, tyres were burnt in front of the Circle Mall in Jakande, Lekki, Lagos, while a video of a woman trashing items in the shop also surfaced.

The same treatment was what the Novare Mall also recieved, as hoodlums were said to have hit the mall carting away items worth millions of Naira.

Meanwhile, reports emerging indicate that at least one person has been killed in the mall in Jakande, Lekki.

According to report, the victim died from a stray bullet, as police tried to secure the mall.

The death is said to have led to unrest in the locality with thugs insisting that they would burn down the mall at night.

Meanwhile, President Muhammadu Buhari has pledged to send a high powered delegation to South Africa to meet with the government where it hope to seek accountability and compensation for Nigerians affected.

Buhari Promise Not To Interfere With EFCC Operation