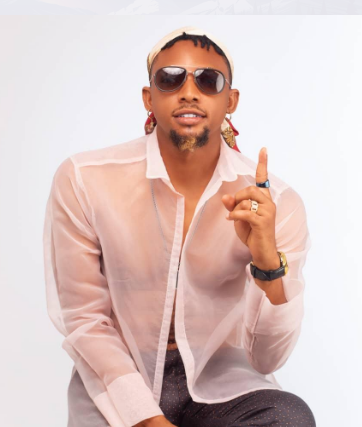 X-WaveTunes Entertainment is set to unveil Damian Wan, the latest artiste under their label.

Damian who is a graduate of Political Science from the University of Ibadan takes us down memory lane on how his passion for music started and also how the table of life turned for him when he made contact with his present label management.

A political science graduate of the University of Ibadan who hails from Abia State, Damian disclosed that his love for music took root while he was in the university and his exploits on campus earned him accolades that have prepared him for his journey into music.

As a student, I recorded some songs that brought me into the limelight on campus and people came around telling me to pursue my dream that I have bright prospects of making it big as a musician.

Damian Wan further disclosed that his genre of music is Afro Pop but at times he finds himself sliding into other genres of music.

I am an afro pop artiste who draws inspiration from my environment when I decide to churn out a new hit.

I am influenced by the likes of Tuface and Oritefemi and want to do great things to better the achievements they have recorded he mused.

His journey towards actualizing his dream didn’t just come in quick succession he had to go through a lot before luck smiled his way and brought him in connection with his record label.

I couldn’t get a job soon after I finished my Youth Service so I had to settle for a security job with Halogen Security where I worked as a guard till luck came my way.

It was in the course of my job as a guard that someone who saw me introduced me to the label owner of X-WaveTunes Entertainment.

I must say that ever since I came on board the label it has been a magical experience for me and I bless God for turning the table of life for me.

Looking at the state of the music scene in the country, Damian Wan is of the opinion that the music industry in the country lacks structure because as an artiste you do a song and in a split second your song gets pirated and in the long run you don’t get to earn what is your due at the end of the day.

But on the positive side, our music is a big export outside the shores of the country and that to me is a huge plus.

Piracy is killing the hard work of Nigerian artistes as there is no structure in place to regulate the menace of pirates.

How can you do a song as an artiste and pirates get to reap where they didn’t sow?

As part of the countdown by X-WaveTunes Entertainment to release tracks off his yet to be released Eepee Damian Wan revealed that come the 10th of April a hot banging track titled Kpakam will be released to the listening pleasure of the public and his fans will love the song as it all about his style of music.

Speaking on the track Kpakam Damian revealed that Nigerians should expect a brand new song titled Kpakam from my record label and it’s going to be hot.

Kpakam is just a vibe that gives the song a direction it’s also a song that is used to express good feelings between two souls.

It is that kind of song one will love to have playing in your car and at clubs and parties he rounded off.

See How DJ Cuppy’s Mum Reacted To Her Racy Photo