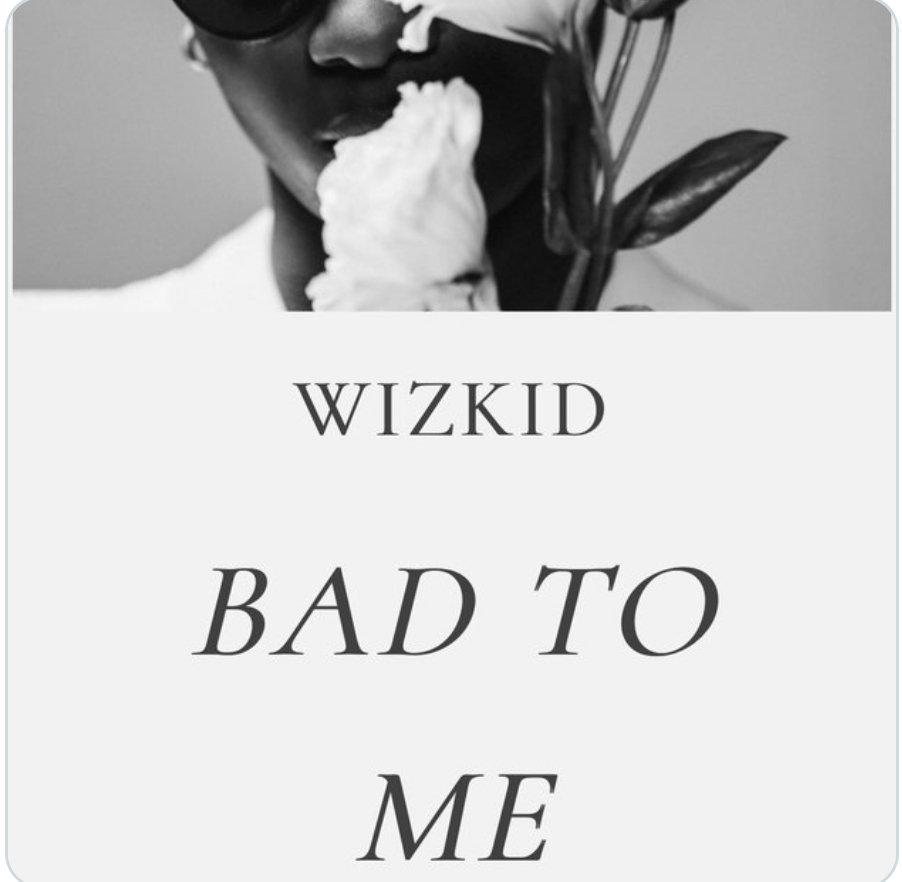 Afrobeats star, Ayodele Balogun popular as Wizkid has announced the release date for his next single titled ‘Bad To Me’.

Wizkid took to his Instagram account on Friday, September 9, to disclose his next musical move to his fans and social media followers. Wizkid had earlier in the week teased his fans on Instagram Story when he said that that he would be making a big announcement on September 9th.

Keeping to his earlier promise, the hit maker revealed that he will be dropping his new single on September 14th.

The new single is Wizkid’s first in a while with fans asking for new joints from him.

The news of a new song from the multiple award winning artiste has sparked excitement amongst his fans.