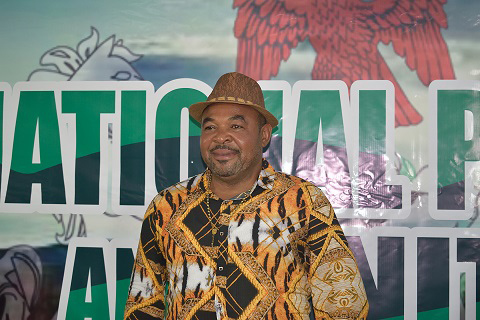 The Ambassadors for Voice of Change Initiative Nigeria (AVICN) is a non-profit making organisation to initiate change in the national life of Nigerians generally while changing the narrative about the ethnic and religious crisis in Nigeria. With Clem Ohaneze as President and Andy Chukwu as his Vice, the NGO has achieved a handful including an enlightenment campaign in Secondary Schools in Gombe State and a Peace Concert in Jos, the capital of Plateau State. Recently, AVICN established in 2007, unveiled its recently shot documentary, a campaign on national peace and unity. Shot by its Vice President, it is aimed at showcasing the love still inherent among Nigerians of different tribes despite the occasional differences. Andy Chukwu spoke about what motivated the documentary, his experience while shooting, and many more in this interview with Lukmon Akintola.

Tell us what motivated this move.

As a group, we wanted to change the narrative that Muslims are killing Christians in the north-east or that Christians are killing Muslims in the west. We wanted a total re-orientation of our lifestyle as Nigerians to showcase the fact that there is still love in this country; that Christians and Muslims still reside within a community without fear of attacks. We are not saying that there are no problems, but sometimes it is exaggerated.

An actor turned director, the natural course would have been to tell the story via a movie, why a documentary?

A movie is a movie and a documentary is a documentary. Some issues are better treated as a documentary than as a movie. A movie is purely entertainment, but a documentary is more of an educational material that one can keep for many years, even though you can keep movies. If we take this issue as a movie, we may not be able to cover it, it is acting, people won’t understand it, but here when we are talking to the Emir of Bichi you are seeing him. If I am talking to a mechanic on the street, you can see him, you are not seeing me. So, it’s not Andy Chukwu the actor or Ejike Asiegbu the actor, no, these are fellow Nigerians saying it the way it is. So, I think that issues like this can be best treated as a documentary than a movie. I could have used the television as an actor or a filmmaker would and say this thing is not good and we should not do it. But going to the states I went to, at least covering the six geopolitical zones, talking to the people myself, it was more direct. For instance, when I went to Calabar, after talking to the Obong, he said my son, don’t leave Calabar without going to Gogobiri. When you get to Gogobiri ask them to show you a mosque and a church built side by side, just one track road, the Muslims are praying and the Christians are there praying. They come around, they shake themselves, and they hug themselves. If you look at that scenario, you ask yourself what is this religious crisis all about?

Travelling the six geopolitical zones must have been challenging, tell us what you went through.

The biggest was security issues. Travelling from Enugu to Calabar, and from Calabar to Kano. The day someone called my sister to tell her that she saw me in Kano State, she started crying. She was asking me if I wanted to kill myself or I wanted people to kill me there. I had to tell her that the person who called her was living in Kano with her husband and children, why is she not dead? So, those are some of the challenges. Your good friends, relatives will try to discourage you, and then some of the news you hear will also affect you. For instance, when I wanted to leave from Abuja to Bauchi State, and I couldn’t get a flight. The only flight I could get would land in Gombe State, and I would have to take off from Gombe State again, I said no. I decided to go by road. Apart from that, people were ready to assist whenever I call them, they were always ready to assist.

How long did it take to complete the documentary?

The whole project was between August and October; that is three months. If you add post-production which was done in November, it would be four months.

Platforms like this are often used for political gains, is that what this is all about?

Well, if this would make me the governor of my state, then to God be the glory, but that is not the essence. The Ambassadors for Voice of Change Initiative Nigeria (AVICN) is not a profitmaking organisation. So, most of the things we do, we power ourselves, individual efforts. So, the funds for this came from us, as individuals and as an organisation.

None of the people you spoke within this documentary was a politician, was this deliberate?

It was. We wanted to keep politicians out of it because once you have them in a project like this, it will be misconstrued and we didn’t want that. So, we deliberately avoided them.

One thing we need as Nigerians is an attitudinal change, how far do you think this project will go in that direction?

Of all the states you visited, which did you enjoy the most?

Sincerely speaking, I enjoyed myself in the six states. Enugu is almost like my state, I am from Ebonyi, but I know everywhere in Enugu. Every other filmmaker knows Enugu like you know your town. So, I had a lot of people to take me around and help me achieve certain things. And then Bauchi, in those days, people from my area lived in Bauchi. So, going to Bauchi was like meeting people I had not seen in a long time, and they were ready to help me. The young man who introduced himself as Chika, that guy was with me from the beginning of this project, everywhere I went to. In Kano, the Emir of Bichi was very nice, and a whole lot of other guys I met there. In Calabar, a colleague who I contacted before I went there made me enjoy my stay, sincerely speaking. Lagos is where I reside, so I didn’t have any problem.

Let this be the Year you Really COMMITT to a New Year’s Resolution!