Barr. Ifeanyi Ejiofor, the lawyer of Nnamdi Kanu, leader of the Indigenous People of Biafra (IPOB), has revealed why he is yet to send an audio or a video message to his supporters.

According to Barr. Ejiofor, recording a video or taking photos with phones is not allowed where Kanu is being held in detention.

The lawyer has not been able to produce either a photo or audio of him with his client since he was detained by the DSS in June. 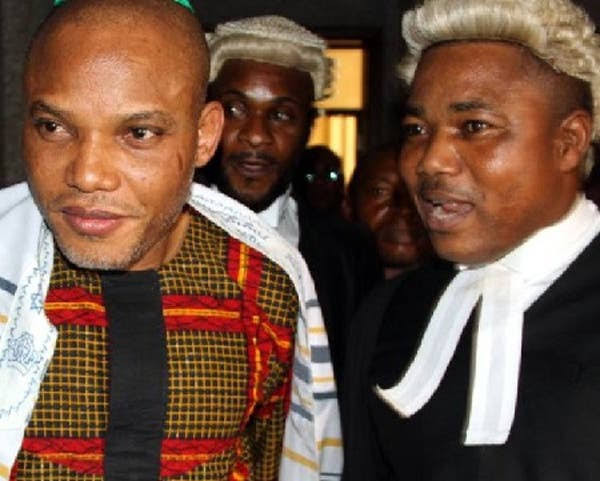 Explaining the situation further to an IPOB member on Facebook on Tuesday, August 24, Barr. Ejiofor revealed that he was not permitted to do so because of the law existing in the facility where he is detained.

Ejiofor said, “It’s not permitted within their environment but we are working out something more pronouncing than that. Already applied formally for that. Shall keep you people posted.”

This comes after a fan known as Henry requested, “Please Barrister, when next you see him please if use your phone and do a short video with him for us! Let’s see and hear him! My own worries though!”

The trial of Kanu, 53, will resume in October after the DSS failed to provide him in court last month in Abuja. 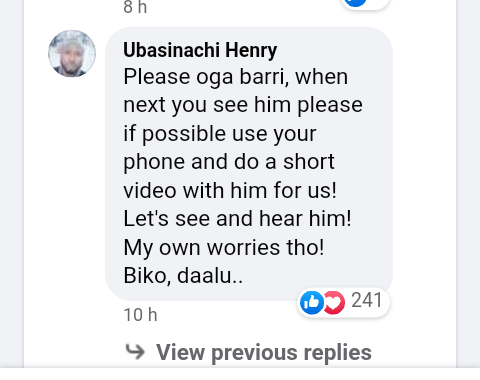 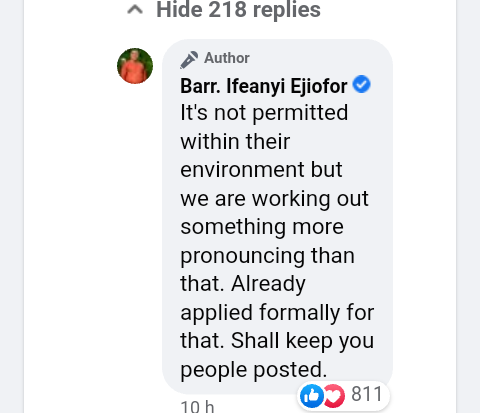 Related Topics:Barr. Ifeanyi EjioforDSSIndigenous People of BiafraIPOBNnamdi KanuWhy Nnamdi Kanu Has Not Sent Audio; Video Message To Supporters
Up Next