The Nigerian Army has revealed that it has sentenced a soldier to death by firing squad.

Azunna Mmaduabuchi was sentenced to death for killing an officer. 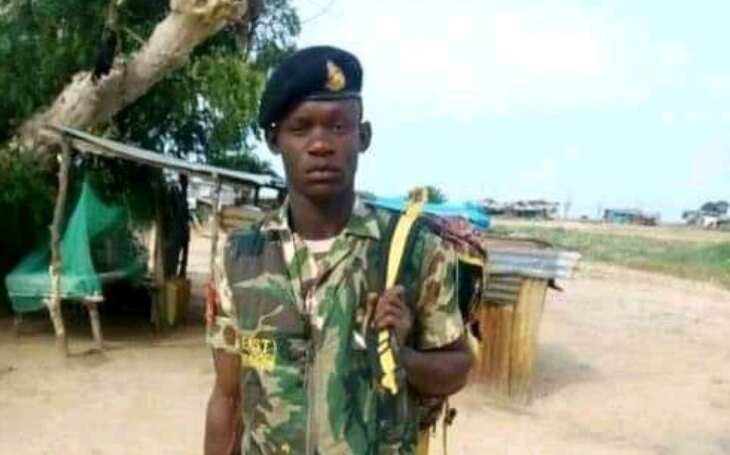 The verdict was given on Tuesday, January 12, by a court-martial sitting in Maiduguri, Borno State.

Mmaduabuchi claimed the killing of his superior was accidental, but the military court found him guilty of shooting the adjutant of his unit, one Lieutenant Babakaka Ngorgi.

The incident occurred in July 2020, as Mmaduabuchi shot the officer at close range in Bama Local Government of Borno for refusing to grant him a welfare pass.

The accused who is a private pleaded guilty but argued that his action was accidental. However, witnesses who testified in the trial contradicted his claim. They said they saw the soldier at the scene of the crime still holding the AK47 rifle while the late adjutant lay in a pool of blood.

One witness said he saw the private soldier match past him, without complimenting him as his senior as he walked up to the deceased adjutant who was at that time making a call and summarily opened fire on him.

The court-martial ruled that the condemned soldier could not provide a convincing defence in his testimony and therefore him sentenced to death.