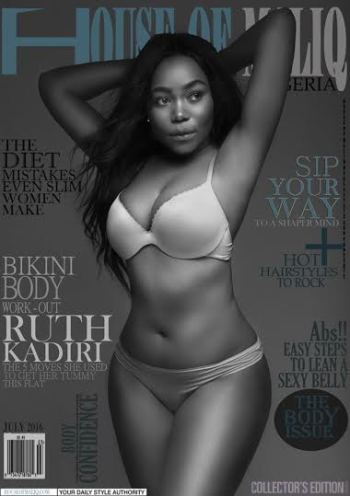 Critics of Nollywood diva, Ruth Kadiri, are asking why the actress has been adding weight.

In recent times, Kadiri, has been looking plumply and her fans who think that it is not sexy have been criticizing her.

Plumply Kadiri was one of the actresses who strutted the red carpet of the 2018 Africa Magic Viewers Choice Award (AMVCA), but she hardly looked sexy in her evening gown.

Ruth Kadiri is one of Nollywood popular faces.  Also a screenwriter and film producer, Kadiri  has acted in several movies and has produced  films such as ‘Early Life’ ‘Matters Arising’, ‘Over the Edge’ and ‘Somebody Lied’

Why I Pay Attention To Details-Tade Ogidan