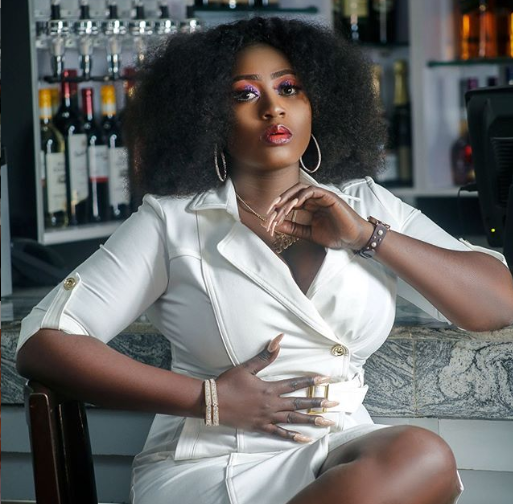 According to the actress, most young men use condoms when having sex to prevent pregnancy, adding that it’s a mark of small boys.

She made the disclosure while descring her ideal man.

Taofeek who is considered a fast rising actres stated that she only dates men who can handle anything that comes off a relationship.

In an interview she was quoted to have said:

I don’t do boys but I do men because a boy is someone that cannot take responsibilities. A man is someone who can handle anything that comes out of the relationship. For instance, I can’t date a boy who I would have to use a condom with to prevent me from getting pregnant because he is not ready for a baby yet. But a man is up to the task and if I tell him I am pregnant, he would start making plans to marry me.

Full Throttle: Angela Okorie Slams Critics Who Called Her Out