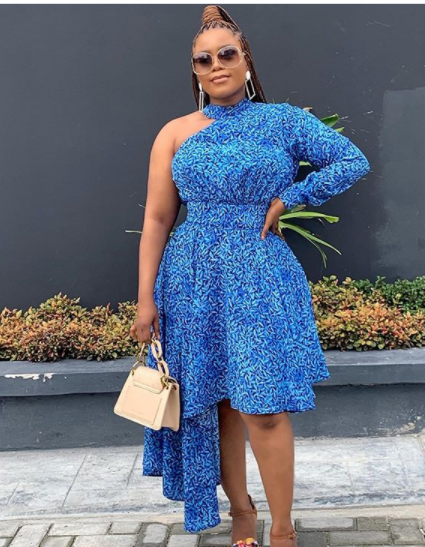 Nollywood actress, Didi Ekanem has revealed why she is not in support of the idea of bringing an end to the Special Anti-Robbery Squad (SARS).

#EndSAR has become one of the most popular campaigns in Nigeria with protests springing up in cities in Nigeria.

Speaking about the protest and the idea of bringing an end to SARS, Didi Ekanem said that she wants SARS scrapped, adding that her fear is they may become ”armed robbers since they were already one in uniform.”

“#EndSars and provide a better means of protection for us. I’m worried that these SARS men will now venture into full time robbery because they were already criminals in uniform. #endsarsbrutality” 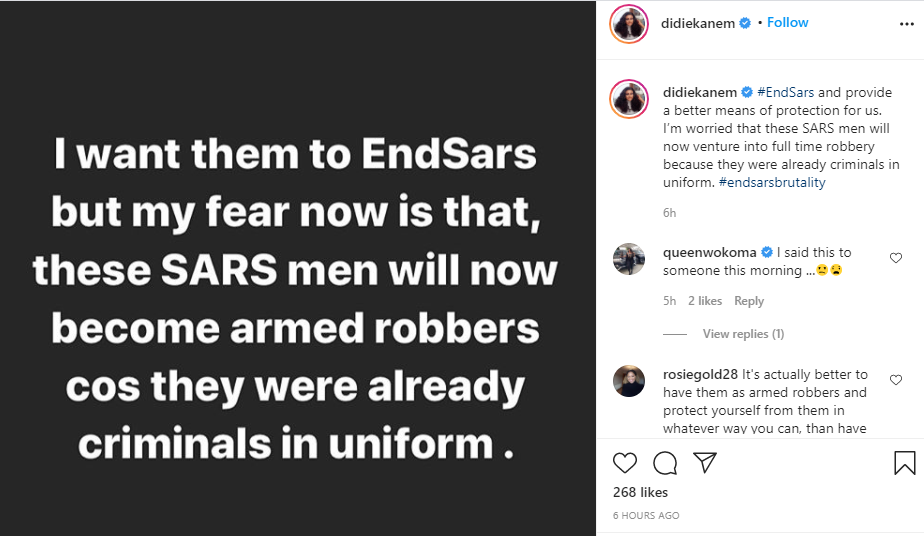 Related Topics:Didi EkanemEnd SARSSARSWhy I Am Scared About Ending SARS; Thespian Didi Ekanem
Up Next